The European Union is set to double its funding for a multi-national military operation in West Africa’s Sahel region to counter Islamist insurgencies on Friday, EU diplomats said, part of a broader effort to fight militants and people traffickers. 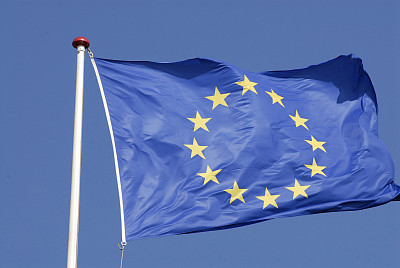 At a donor conference of some 50 countries including the United States, Japan and Norway, military power France hopes to win enough backing to allow a regional force first proposed four years ago to be fully operational later this year.

Fears that violence in the arid zone could fuel already high levels of migration towards Europe and become a springboard for attacks on the West have made military and development aid there a priority for European nations and Washington.

The G5 Sahel force, made up of troops from Mali, Niger, Chad, Burkina Faso and Mauritania, needs more than 400 million euros ($494 million) to be able to meet the demands of its Western backers, up from the 250 million euros it has now.

France, which has more than 4,000 troops in the region, hopes to reach at least 300 million on Friday, as the European Union pledges another 50 million euros to take its contribution to 100 million for the force that has struggled to meet expectations while militants have scored military victories in West Africa.

So far, the United States has pledged 60 million euros to support it. Another 100 million euros has been pledged by Saudi Arabia, 30 million from the United Arab Emirates and 40 million on a bilateral basis by EU member states, separate from the EU’s joint effort.

Separately, France is set to pledge 1.2 billion euros to fund development in the region over the next five years, a 40 percent increase over current levels, an EU diplomat said.

The deaths of two French soldiers this week in Mali and four U.S. soldiers in October in Niger, where most Americans did not know the United States had forces, has highlighted the security threat in the vast scrublands spanning from Mauritania to Chad.

French President Emmanuel Macron will call for more to be done to support a separate EU train-and-advise mission in Mali, a second EU diplomat said, and is seeking some 50 more EU troops after Belgian soldiers ended their tour in the mission.

France has been frustrated that it is the only EU member with combat troops on the ground, although others have contributed trainers. By training African forces, Paris sees an eventual exit strategy for what is its biggest foreign deployment, diplomats said.

“There’s a lack of EU training troops that we must fill,” a EU diplomat said.

Macron will also call to redouble efforts to broker peace through talks with Tuareg rebels in the desert north.

Tuaregs and jihadists took over northern Mali in 2012 before French forces pushed them back in 2013 in an intervention that alerted Washington to the growing threat in the region.

The G5 Sahel operation, whose command base is in central Mali, is set to swell to 5,000 men from seven battalions and will also engage in humanitarian and development work.

The International Committee of the Red Cross (ICRC) warned that training soldiers was not the only strategy and called for greater efforts to relieve the roots of the conflict in poverty, poor governance and climate hazards.

“When you add more weapons, you add more suffering,” Patrick Youssef, deputy head of the ICRC’s operations for Africa, told Reuters. “That needs to be accompanied with real measures to alleviate the suffering that is the main reason why this war was created.”