EU to get four million extra Pfizer doses for 'hotspots'

The EU will receive an extra four million BioNTech/Pfizer vaccine doses over the next two weeks that its chief Ursula von der Leyen said on Wednesday would be deployed to COVID-19 "hotspots". 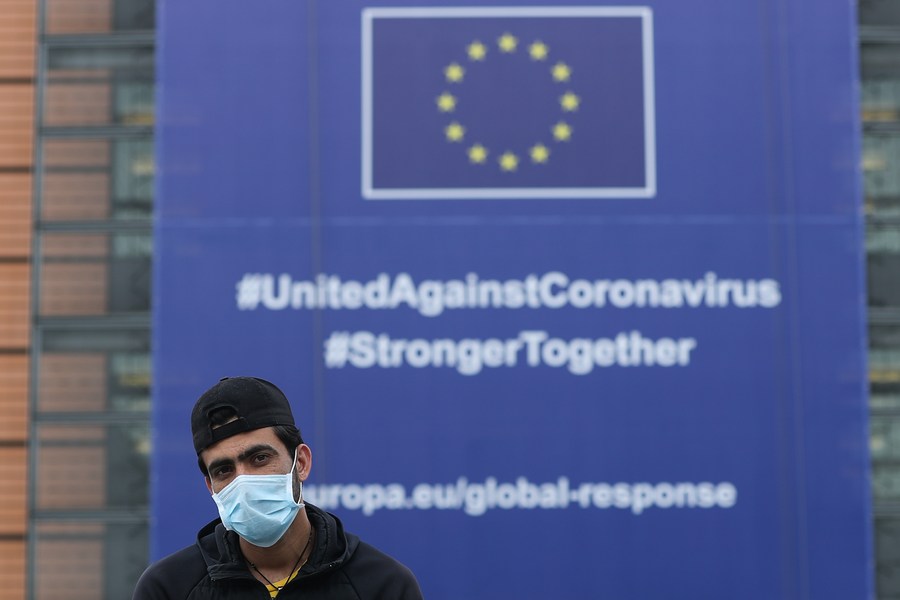 A man wearing a face mask is seen in front of the European Commission headquarters in Brussels, Belgium, May 4, 2020. (Xinhua/Zheng Huansong)

The delivery — over and above already agreed supplies from the vaccine-maker — will go to affected border regions within the bloc to "help ensure or restore free movement of goods and people", she said in a statement.

The effort comes as the European Commission is trying to persuade at least six EU states — including von der Leyen's home country Germany — to lift virus-related border restrictions deemed by Brussels to be excessive.

It also follows a trip by the leaders of Austria and Denmark to Israel to form a vaccine-producing alliance that exemplified broad criticism of the lack of deliveries so far under the commission's pre-purchasing scheme.

Von der Leyen said the four million extra BioNTech/Pfizer doses would be delivered "before the end of March" to help member states deploy "their targeted use where they are most needed, in particular in border regions".

She said they would go to "tackle aggressive variants of the virus and to improve the situation in hotspots".

The statement said the four million extra doses would be made available for member states to buy according to their population size.

However, von der Leyen's spokesman acknowledged that the commission did not have the power to tell EU capitals what to do with their extra jabs.

"We're not providing specific guidance on how member states should be using these doses of vaccine," said the spokesman.

Von der Leyen called the additional agreement "quick and decisive action" on the part of her commission, and emphasised that restoring freedom of movement within the EU was "key for the functioning of health systems and the Single Market".

Von der Leyen has said overall vaccine deliveries to the EU will jump to 100 million doses per month in April, May and June. Her goal is to have 70 percent of adults in the EU fully vaccinated by mid-September.