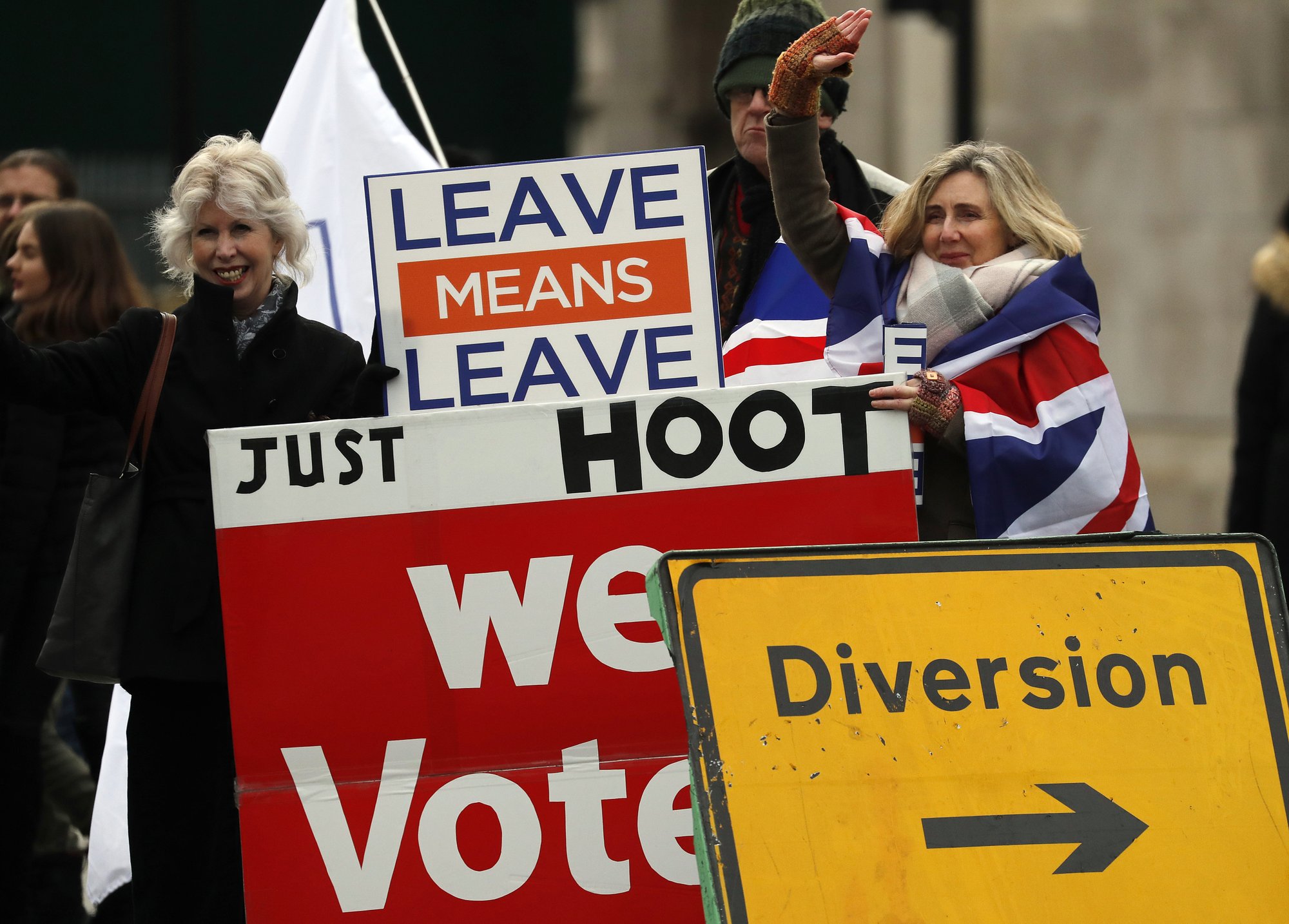 Leavers display banners opposite the Houses of Parliament to protest against the Brexit-Deal in London, Monday, Jan. 14, 2019. (Photo: AP)

BUCHAREST, Jan. 15 (Xinhua) -- Each member state of the European Union (EU) will continue preparations for the worst variant of Brexit, Romanian Minister for European Affairs George Ciamba told local media late Tuesday after the rejection of the Withdrawal Agreement in the British parliament.

"It was a result that the world was expecting, in the sense that the only novelty is that it is a much worse score than the expectations of the past few days," he said, regretting the vote result.

"Romania, as the country holding the presidency of the EU Council, is making an appeal and wishes to continue to express the unity of the 27 members," he told local Mediafax news agency, adding that "at this moment we need to see what will happen tomorrow, it is about the motion of no confidence."

According to him, the Romanian authorities are in contact with all European partners for a coordination of efforts.

Romania has preparations that are both at Community level of legislation to be adopted and at national level, he said.

"We will see the other elements of the political process. I do not think it is necessary to create a fear or to think that at this moment it is very clear that there is a disorderly withdrawal of UK," the official said, noting that "no fear" should be created.

"I revert to the assurances made by the British Foreign Minister that the rights of European citizens who are on the territory of Great Britain will not suffer in a disorderly withdrawal but will have the same treatment as that provided in the Brexit agreement," said the Romanian official.

The British parliament on Tuesday rejected the Brexit deal in a 432-202 vote, further complicating the country's historic exit from the European Union.

Romania officially assumed its presidency of the EU Council last Thursday and will preside over the process of Brexit. Britain's departure from the EU, slated for March 29, will be the most complicated challenge during its mandate.

Brexit process is also a sensible issue for Romania, as it has in the UK almost 500,000 migrants, the second largest non-UK nationality.