WORLD EU to propose law on violence against women

EU to propose law on violence against women

The European Commission is to propose a law to fight violence against women before the end of the year after a rise in cases during the Covid-19 pandemic, EU chief Ursula von der Leyen said Wednesday. 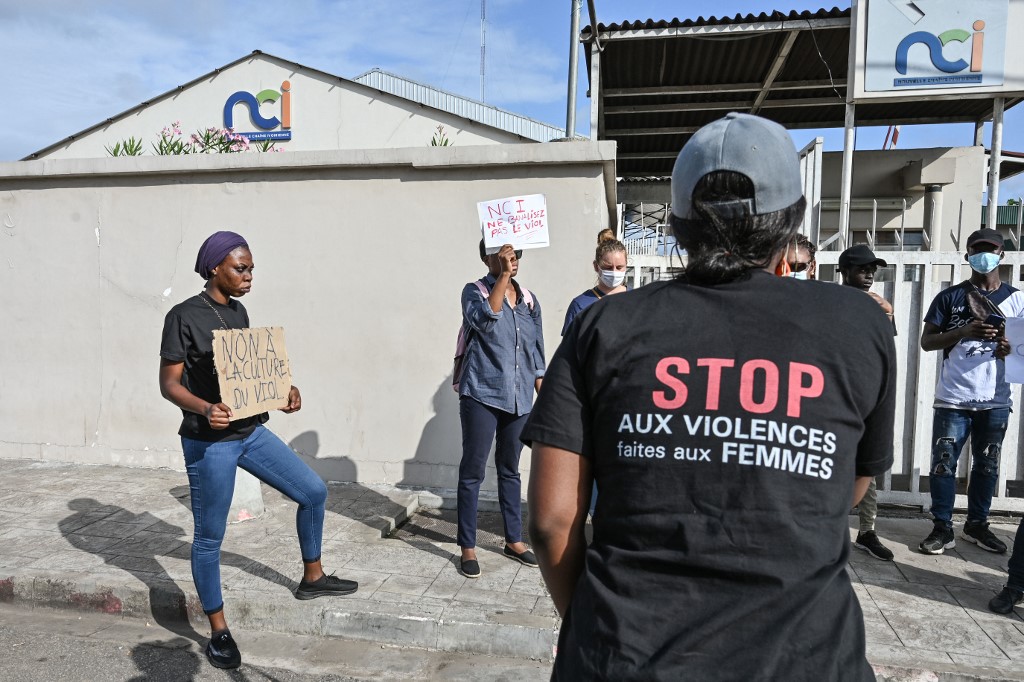 A feminist activist wearing a t-shirt that reads "stop violence against women" speaks to her comrades during a demonstration against the television channel Nouvelle Chaine Ivorienne (NCI) following a shocking programme on rape, at the NCI headquarters in Abidjan on September 1, 2021. (Photo: AFP)

"Women must be able to live freely and self-determinedly again," she told the European Parliament in her annual State of the European Union address in Strasbourg.

"During the pandemic, too many women were deprived of this freedom" to express themselves, live their identity and to "love who you want," she said.

Restrictions imposed during the pandemic, which in EU countries included lockdowns, quarantines and social "bubbles" as authorities tried to curb the spread of the coronavirus, exacerbated violence against women, according to initial though incomplete statistics across the bloc.

"It was a particularly terrible time for those who had nowhere to hide, nowhere to flee from their tormentors," von der Leyen said.

The bill to be presented to the European Parliament for debate "is about effective prosecution, prevention and protection, online and offline," she said.

Few EU countries have official statistics on violence against women during the pandemic.

The EU's European Institute for Gender Equality said it did not have EU-wide data but noted that during lockdowns in France there was a 32 percent jump in domestic violence reports in just over a week.

In Lithuania, there was a 20 percent rise during a lockdown that lasted three weeks compared to the same period in 2019.

The report said that, in the EU generally, "more than a fifth of women have been physically or sexually abused by an intimate partner" and research showed that gender-based violence rose during times of disaster and pandemics.

In Belgium, 16 women have died from violence since the end of April, compared to 24 for all of last year, while France has recorded 80 femicides so far this year, compared to 90 for all of 2020.

In Spain, figures from June, following the end of the country's state of emergency, showed that one woman was killed every three days, compared with an average of one per week before the stay-at-home order.