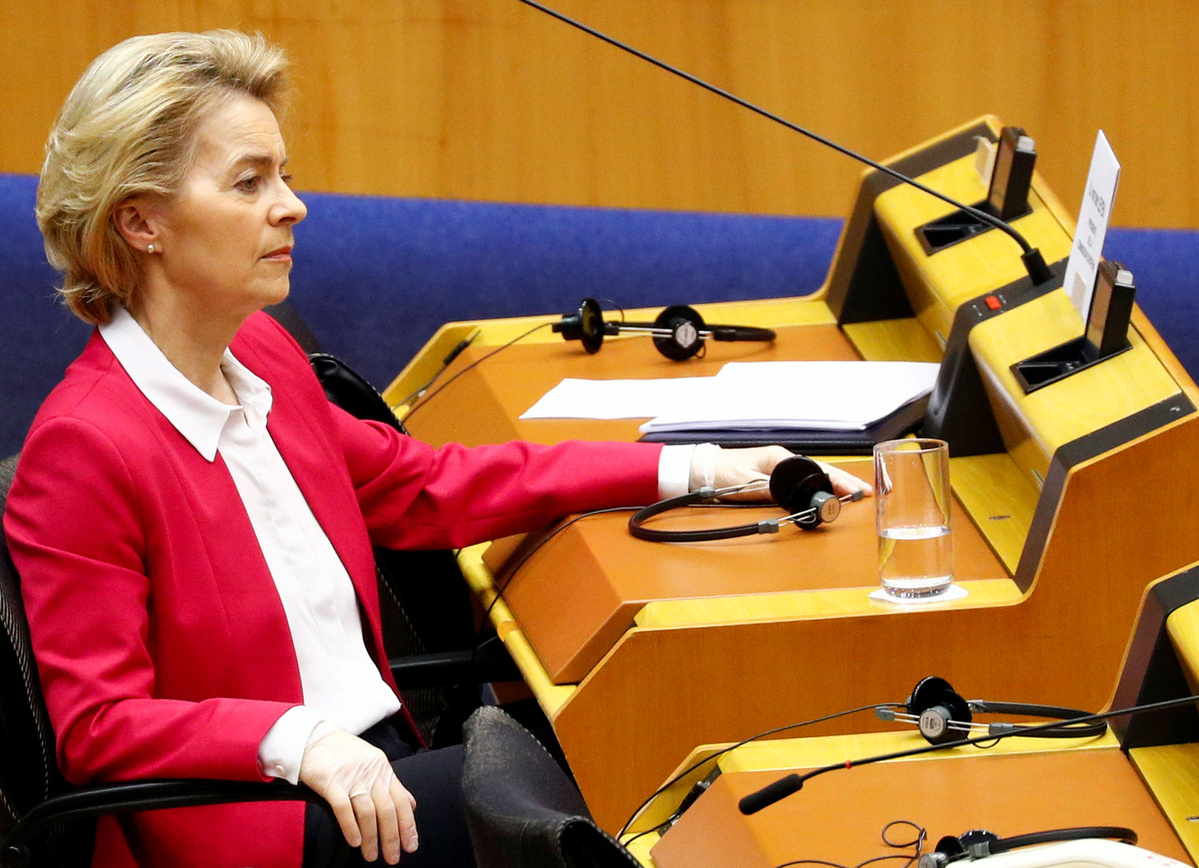 The European Union, which thought until recently its biggest challenge was the 70-billion-euro ($77.5 billion) funding gap caused by the departure of the United Kingdom, is frantically rewriting its pending seven-year budget to reflect the financial devastation being wreaked by the novel coronavirus outbreak.

The European Commission says the rewrite is necessary because the pandemic is likely to cause a financial crash within Europe that will require significant central spending and planning, its president, Ursula von der Leyen, has confirmed.

She told Politico, the United States-based political opinion media company, that the new budget should also include a stimulus package aimed at helping particularly hard-hit EU members, including Spain and Italy.

Previously, she had sounded lukewarm about stimulus spending and had told German media as recently as Saturday that EU-issued "corona-bonds" were not an option.

But she told Politico: "We will help Italy and Spain very intensively. Several instruments, including bonds,are being considered and are discussed in the Eurogroup."

She said the bloc's recovery from the financial damage done by the novel coronavirus would be "at the heart of our efforts".

Ultimately, the budget, which will run from 2021 to 2027, will need the approval of the bloc's 27 members.The previous draft failed to gain backing in February when member states walked away deadlocked following a 30-hour summit.

Von der Leyen said on Saturday that the new budget, which is officially called the multiannual financial framework, or MFF, must focus on recovering from the virus-triggered economic crash that Brussels believes is inevitable.

The Reuters news agency reports that EU officials hope to have a redrawn MFF ready in weeks. The document is expected to focus on leveraging more capital, likely trillions of euros, from the EU's assets.

"The MFF is a means of strategic investment and intra-European cohesion which is accepted by all EU member states," Von der Leyen said.

The Financial Times reports that the original MFF had a budget of 1.11 percent of gross national income. The paper says the EU is likely to peg contributions at a similar level but look to leverage 15 times that amount by "repurposing areas of spending to act as guarantees for wider investments".

The paper says the European Fund for Strategic Investments did a similar thing under the guidance of former European Commission head Jean-Claude Juncker after the euro crisis, which began in 2009.

The EU will reportedly use the money to unlock growth and investment, starting in 2021.

Valdis Dombrovskis, a commission executive vice-president, told the Financial Times an "ambitious" MFF would lead to a "real boost of investment".

Bloomberg reported the bloc is open to all ideas as it looks to rework the MFF.

The European Commission said in a statement: "At this juncture, the president is not excluding any options within the limits of the treaty."