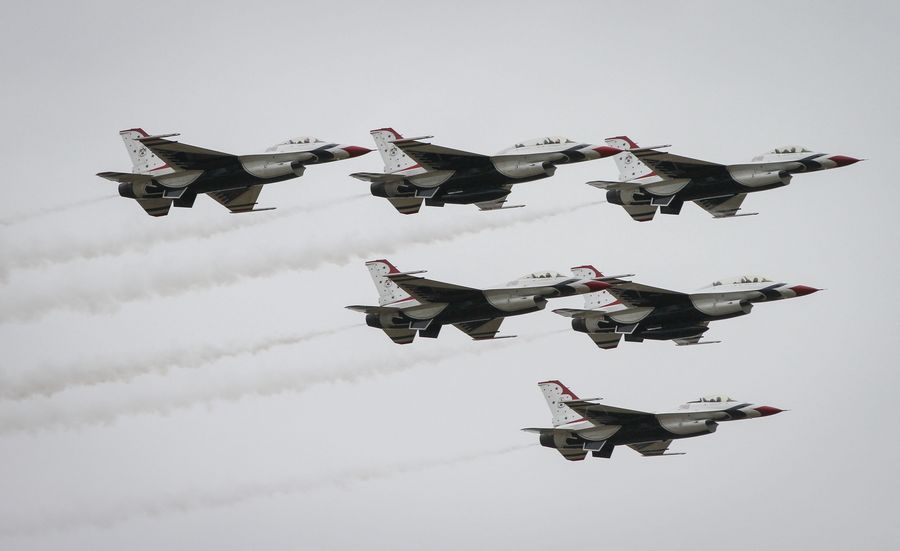 Europeans, worried about the prospect of a new arms race, have called for efforts to preserve the Treaty on Open Skies after the United States last week said it would withdraw from the agreement that allows surveillance flights over the territory of participants.

US Secretary of State Mike Pompeo announced the US move on Thursday. He said the US will no longer be a party to the treaty in six months.

"We may, however, reconsider our withdrawal should Russia return to full compliance with the treaty," he said.

The treaty, which took effect in 2002, allows its 35 parties, mostly European nations, to conduct surveillance flights by unarmed planes over the military facilities of countries within the pact.

Josep Borrell, the European Union foreign policy chief, said on Friday that he regrets the US decision.

"The Treaty on Open Skies is a key element of our arms-control architecture and serves as a vital confidence and security-building measures," he said in a statement.

According to the EU, more than 1,500 reconnaissance missions over the territories of all signatory states have been carried out since 2002.

Borrell described the treaty as providing "transparency and predictability". "It is an important contribution to European and global security and stability," he said.

Emphasizing the need for full implementation of the treaty by all parties, Borrell said that withdrawing from the treaty is not the solution to address difficulties in its implementation and compliance by another party. He called on the US to reconsider the decision.

Many of the European nations that are parties to the treaty also hope to preserve the treaty.

"We regret the announcement by the government of the United States of its intention to withdraw from the Open Skies Treaty, even though we share its preoccupations about the implementation of the treaty's provisions by the Russian Federation," said a joint statement by foreign ministers from France, Germany, Spain, Italy, Belgium, the Netherlands, Sweden, Finland, Luxembourg and the Czech Republic.

Carl Bildt, co-chair of the European Council on Foreign Relations and a former Swedish prime minister, said in a tweet on Friday that "it's still unclear how Russia will react, but it should be in the interest of most European countries to remain in the treaty".

Russia's Foreign Ministry on Friday called the US decision "a deplorable development for European security".

In a statement, it said the US strategy is to cover up its own destructive actions by accusing Russia, a pattern it used during its withdrawal from the Intermediaterange Nuclear Forces Treaty, or INF.

Moscow said Washington has dodged any discussion on some serious questions Russia raised over the years and has delayed the fulfillment of its commitment, sometimes for many years.

"We are open to dialogue but it must be equitable and be aimed at considering each other's interests and concerns," the statement said.

China, which is not a party to the treaty, expressed its regret at the US decision "regardless of opposition from the international community".

Foreign Ministry spokesman Zhao Lijian on Friday called the US decision "just another proof of its entrenched Cold War mindset, pursuit of 'America First' and unilateralism, and contempt for international commitments".

"This decision will not help maintain military-to-military mutual trust and transparency between regional countries, neither will it be conducive to regional security and stability. It will negatively affect the international arms control and disarmament process," he said.

The US withdrew from the INF last year, leaving only the 2010 New Strategic Arms Reduction Treaty, or New START, in place to limit US and Russian nuclear weapons deployment. But the New START is due to expire in February.

Arms control advocates are worried that the Trump administration may let the New START treaty expire, leading to a new nuclear arms race.

The Washington Post reported on Friday that the Trump administration is considering whether to carry out its first nuclear tests in 28 years.

"With almost 100K Americans dead, 30M unemployed, & the deficit at record level, how is starting a nuclear arms race in US interest?" Abraham Denmark, director of the Asia Program at the Wilson Center and a former US deputy assistant secretary of defense, tweeted on Friday.