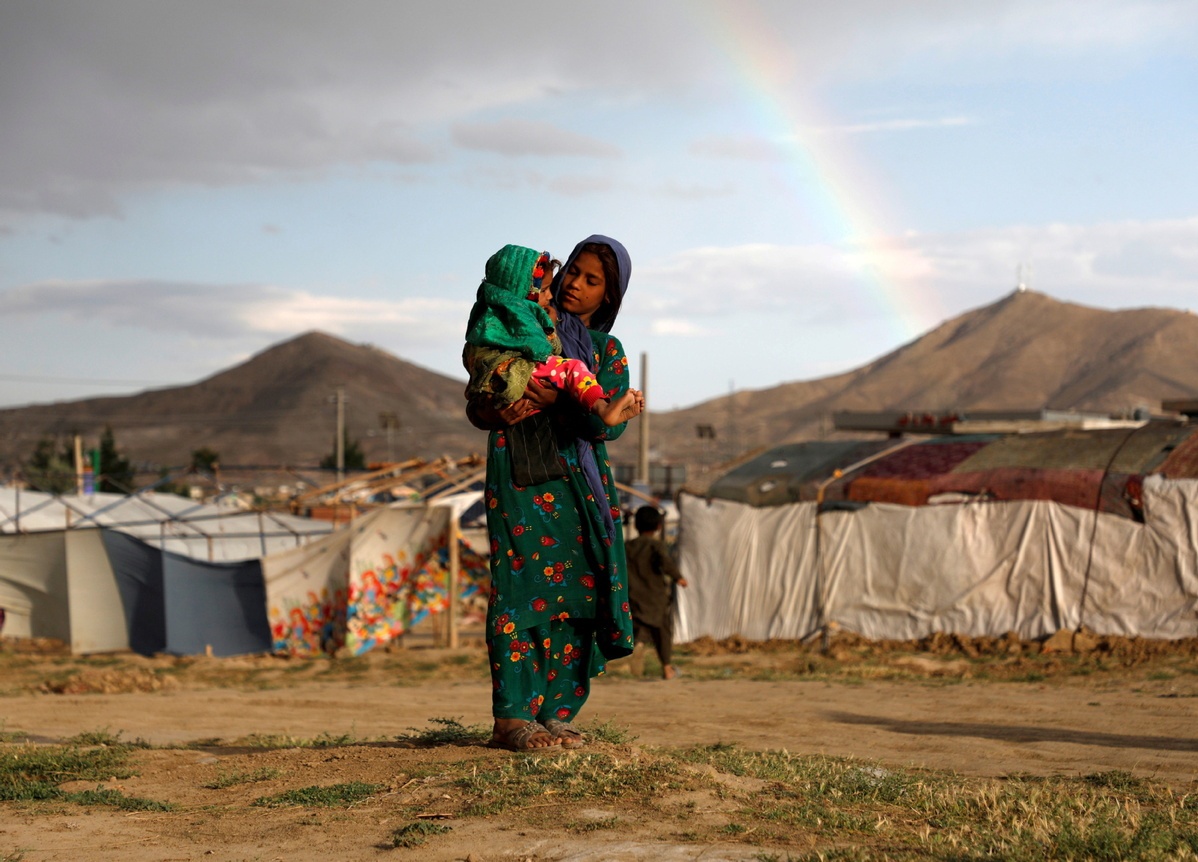 An internally displaced Afghan girl carries a child near their shelter at a refugee camp on the outskirts of Kabul, Afghanistan, in this June 20, 2019 file photo. (Photo: Agencies)

European Union foreign ministers were due to hold a crisis meeting on Tuesday to discuss a plan for assisting refugees fleeing from Afghanistan following the swift collapse of the country's Western-backed government.

The EU's economy commissioner Paolo Gentiloni said in an interview with an Italian newspaper on Tuesday that Europe must make efforts to ensure the flow of immigrants is managed safely.

"I think that Europe will inevitably have to equip itself for humanitarian corridors and organized reception, also to avoid uncontrolled flows of illegal immigrants. Or, at least, the countries that are willing to do so, should," Gentiloni told il Messaggero.

The EU's foreign policy chief, Josep Borrell, said in a social media post on Monday announcing the planned meeting of ministers that "Afghanistan stands at a crossroad".

"Security and wellbeing of its citizens, as well as international security, are at play," he said.

Following the withdrawal of United States and other international forces in June, the Taliban movement, which already controlled some parts of the nation, gained confidence and swept across the country in just 10 days, arriving in the capital Kabul on Sunday.

This prompted chaos at Kabul airport, which is still controlled by a small US force, as thousands of citizens rushed there in a desperate attempt to flee. News agencies reported that up to seven people died in the mayhem at the airport on Monday.

Foreign ministry spokesperson Hua Chunying said on Monday that China will "continue developing good-neighborly, friendly and cooperative relations with Afghanistan".Russia and Iran have also made diplomatic overtures, reported Al Jazeera. China has repeatedly criticized what it sees as the US' hasty withdrawal from Afghanistan as a failure of leadership, reported the Agence France-Presse news service.

In the United Kingdom, Prime Minster Boris Johnson is coming under pressure from activists and members of Parliament to urgently create a resettlement initiative for Afghan refugees. A government spokesperson said details were being finalized on a program that will "focus on helping the most vulnerable and women and girls in particular", Sky News reported.

Downing Street said a virtual meeting of G7 leaders would be held in the "coming days" to coordinate international efforts on ensuring "Afghanistan doesn't again become a base for terrorism, to coordinate humanitarian efforts, and to discuss expectations of what government might emerge in Afghanistan".

The UK foreign secretary, Dominic Raab, said in interviews on Tuesday that the British government was doing "everything we can "to remove both UK nationals and Afghans eligible under the Afghan Relocations and Assistance Policy, which provides relocation for locals who worked for UK forces.

Speaking on the BBC's Today radio program, Raab said he was "doing everything physically possible to get British nationals out, to get as many of those who have loyally served us out, and also to think about how we then move forward with an international strategy which can stabilize the situation for the people of Afghanistan".