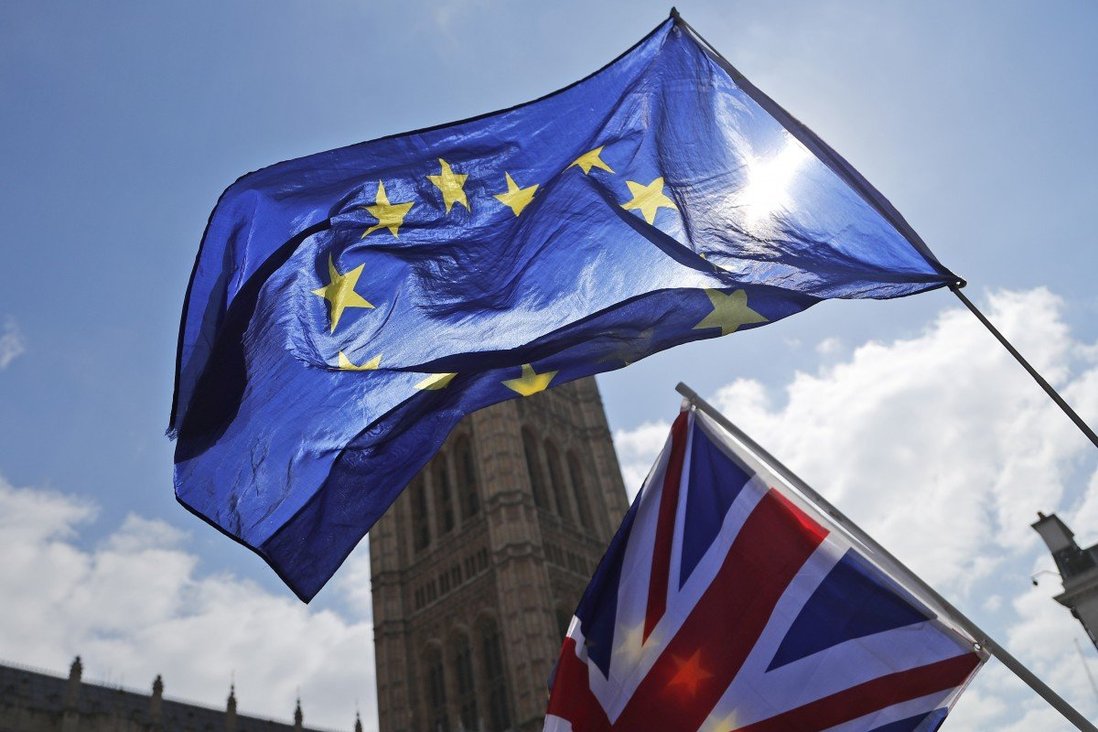 The European Union on Tuesday warned the UK against further unilateral actions that override the protocol of its Brexit divorce agreement covering Northern Ireland, as the two sides prepare for pivotal talks.

The bloc has already launched legal proceedings against the UK for allegedly breaking the so-called Northern Irish protocol by delaying custom controls on some goods arriving there from mainland Britain -- England, Scotland and Wales.

Writing in the Daily Telegraph, EU vice-president Maros Sefcovic vowed Brussels would retaliate if Britain took similar steps again, such as extending a grace period on checks on chilled meats due to end later this month.

"If the UK takes further unilateral action over the coming weeks, the EU will not be shy in reacting swiftly, firmly and resolutely to ensure that the UK abides by its international law obligations," Sefcovic wrote.

Britain officially left the EU after nearly five decades of membership in January 2020, but under the terms of the divorce, relations remained unchanged until the start of this year.

Since then, London and Brussels have been trading on new terms, with the protocol effectively keeping Northern Ireland in the EU customs union and single market for goods.

The tailored arrangements are designed to sustain Northern Ireland's fragile peace, after three decades of conflict largely ended in the late 1990.

But it is sowing discontent in the province, particularly among unionists, who see port checks as a threat to Northern Ireland's status as part of the UK.

Sefcovic's comments come ahead of crunch meetings in London on Wednesday with Brexit minister David Frost, and follow weeks of sniping about the protocol.

Sefcovic said there had been "numerous and fundamental gaps" in Britain's implementation of the special arrangements.

He countered claims by Johnson's government that the bloc had failed to be sufficiently flexible, arguing in areas such as medicines it had allowed "tailor-made" solutions.

"Far from being inflexible, the EU has shown from the very beginning that we are willing to find creative solutions when required," he said.

"But we cannot do this alone. It has to be a joint endeavour between the EU and the UK."

Britain's Environment Secretary George Eustice stressed Tuesday the protocol requires both sides to make "best endeavours" to ease any issues that the new rules are throwing up.

"What we really need the EU to do is to respect that part of the protocol and put in place sensible measures," he told Sky News.