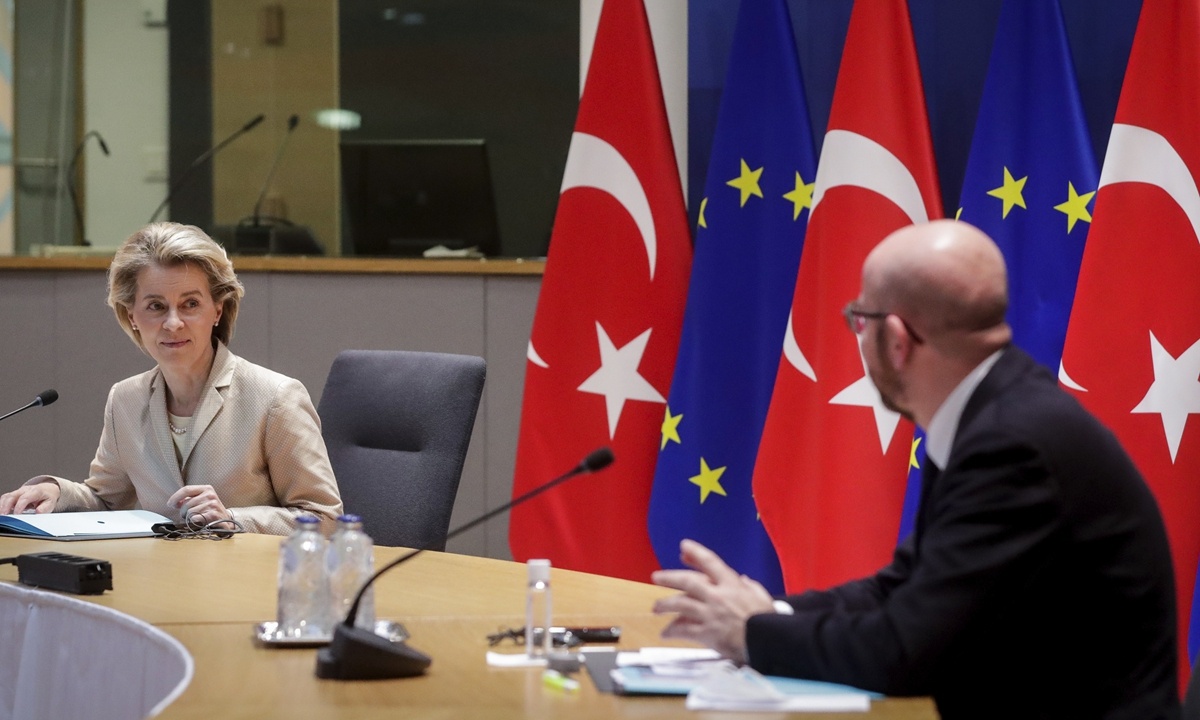 EU leaders on Tuesday welcomed the introduction of a bloc-wide COVID-19 pass that they hope will unlock a tourist surge in summer 2021.

The 27 member states want the EU Digital COVID-19 Certificate, to be launched on July 1, to turn the page on coronavirus restrictions that have crimped Europeans' cherished freedom of movement.

Coupled with a separate plan to let in fully vaccinated travelers from countries outside the EU, to be defined by the middle of June, Europe believes its vital tourist industry could claw back some of the losses racked up since the start of the pandemic.

European Commission chief Ursula von der Leyen told a media conference after the summit that more than 300 million COVID-19 vaccine doses will have been delivered by the end of this week, rising to 400 million in June.

"If we continue like this, we have confidence that we will be able to safely reopen our societies," she said, adding the EU was on track to meet its goal of fully inoculating 70 percent of adults by late July.

"Progressively, we should return to the ability to move freely throughout the European Union," European Council President Charles Michel said.

EU countries and the European Parliament struck agreement last week on the legislation to come into force in mid-June for the COVID-19 certificate.

Von der Leyen said all the technological infrastructure would be ready by June 1.

The leaders of Greece, Spain and Croatia, whose economies strongly rely on tourist spending, were particularly effusive about the common document.

They all had wipe-out summer seasons in 2020, but are already starting to welcome back foreign travelers, ignoring Brussels' plea to coordinate at an EU level.

Luxembourg Prime Minister Xavier Bettel pointed out that a scannable QR code on the certificates will stymie the "hugely copied" PDF files of test results or vaccinations that some people were using to cross borders.

The EU's COVID-19 certificate will show the bearer's vaccination status, or whether they have immunity from a COVID-19 infection they have recovered from, or the result of a COVID-19 test.

Conscious that the EU has procured up to 4.4 billion vaccine doses over the next two years - far more than it needs for its population of 450 million - leaders have rallied to a pledge made at a G20 summit in Rome on May 21 to share 100 million doses to countries in need by the end of 2021.

Denmark and Sweden each promised 3 million doses from their stocks at the summit.