Attack-minded Italy and Belgium won in style while Germany made it two wins from two games in 2020 European Championship qualifiers on Saturday.

But Saturday was not an entirely good night for European powerhouses. In the biggest upset, Turkey contained France's offensive power to hand the world champion a shock 2-0 defeat. 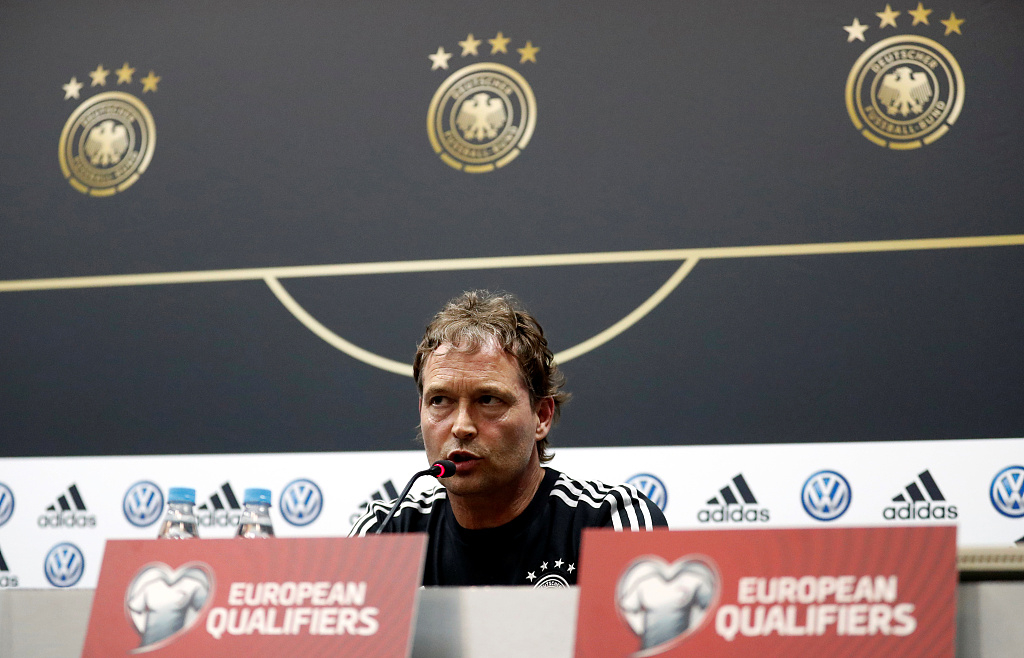 Germany's assistant coach Marcus Sorg speaks at a conference prior to the match in Minsk, Belarus, June 7, 2019. (Photos: VCG)

World Cup finalist Croatia put its campaign back on track with a 2-1 victory over Wales, and Northern Ireland rallied late for its third straight victory.

Russia thrashed San Marino 9-0 for its biggest win since the Soviet era. That surpassed the previous post-Soviet marks of 7-0 against Liechtenstein and San Marino.

Germany brushed off the absence of coach Joachim Loew to beat Belarus 2-0 on Saturday in the European Championship qualifier but remained behind fast-starting Northern Ireland in the standings.

With Loew sitting the game out after injuring himself in the gym, assistant Marcus Sorg took charge of a routine win with goals from Leroy Sane and Marco Reus. That kept Germany unbeaten in three games in 2019 after last year saw it eliminated in the World Cup group stage as defending champion.

Germany put Belarus under pressure from the start, and only two good reaction saves from Alexander Gutor stopped Serge Gnabry and Lukas Klostermann from scoring. Turkey moved atop its European Championship qualifying group by dominating World Cup winner France in a 2-0 home victory on Saturday.

Turkey had nine points from three wins and had yet to concede a goal in Group H. France had scored four goals in each of its first two wins, but this time their attack was kept quiet by Turkey's solid defense while the French defense was too easily breached.

France coach Didier Deschamps was scathing about his side's performance.

"When you play like that on a collective level there's nothing positive to take from the game," he told broadcaster TF1. "We didn't play the way we should have against a team which played the way it likes to." 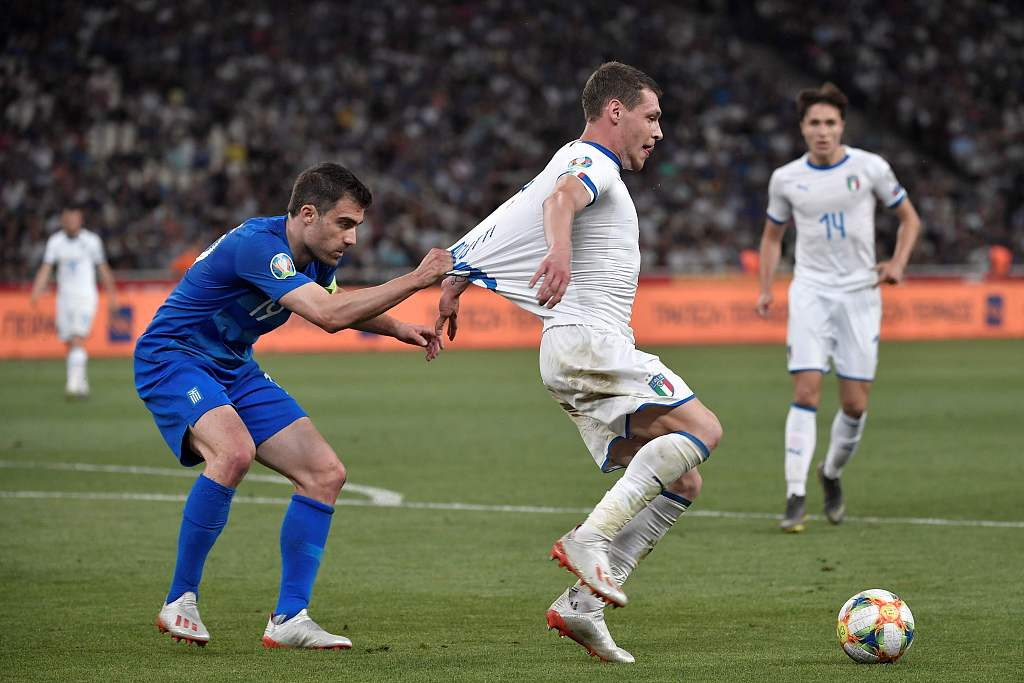 Italy's new attack-minded approach continued to pay off as the Azzurri beat Greece 3-0 on Saturday to move three points clear at the top of their 2020 European Championship qualifying group.

Nicolo Barella, Lorenzo Insigne and Leonardo Bonucci scored in an entertaining first half in Athens.

Italy tops Group J with nine points from three matches. It is three points clear of Finland, which moved into second place with a 2-0 win over Bosnia-Herzegovina.

"No, it wasn't our best performance but we were good at controlling the match from the first minute," Italy coach Roberto Mancini said. "But we should have pushed more, we sat back too much ... in the second half, we should have scored more goals. That needs to be improved."

Italy was entirely dominant and had the win all but wrapped up in less than 33 minutes. 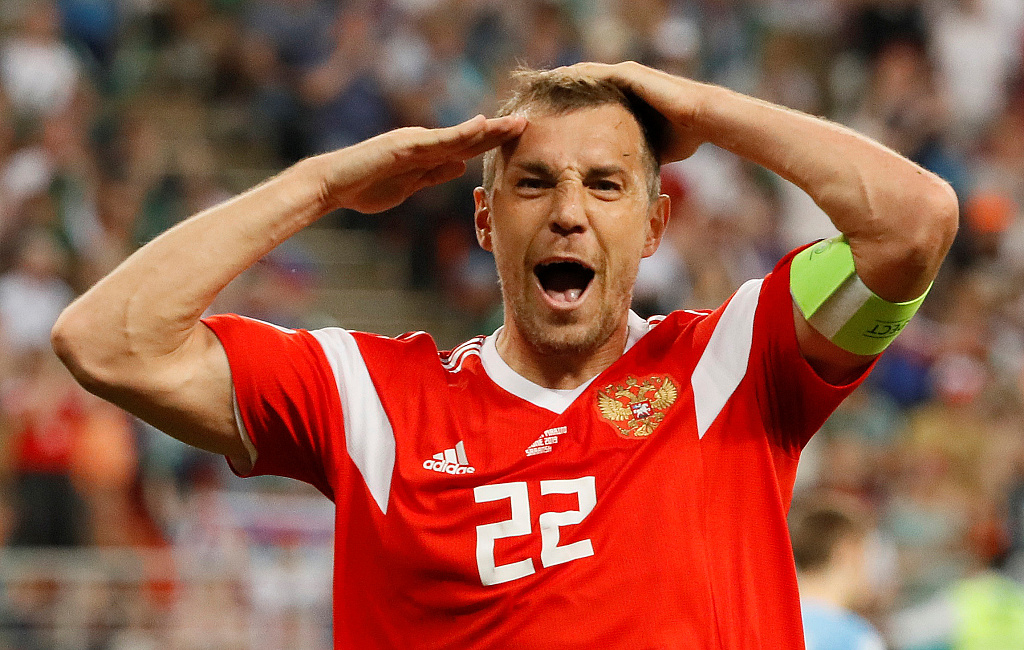 Russia thrashed San Marino with a 9-0 victory during a home match for the Euro 2020 Championship at the Mordovia-Arena stadium in Saransk on Saturday.

Russia's Artyom Dzyuba scored four times in the 31st, 73rd, 76th, and 88th minutes plus a penalty goal. After an own goal from San Marino's Michele Cevoli in the 25th minute, Dzyuba's penalty and first international goals for Fyodor Kudryashov and Anton Miranchuk made it four at the break. Dzyuba grabbed three more after the interval and Fyodor Smolov contributed another two in the 77th and 83rd minutes respectively.

Russia won the largest victory in its history. The previous records of the Russian team were set in matches against the San Marino team in 1995 and the Liechtenstein team in 2015.