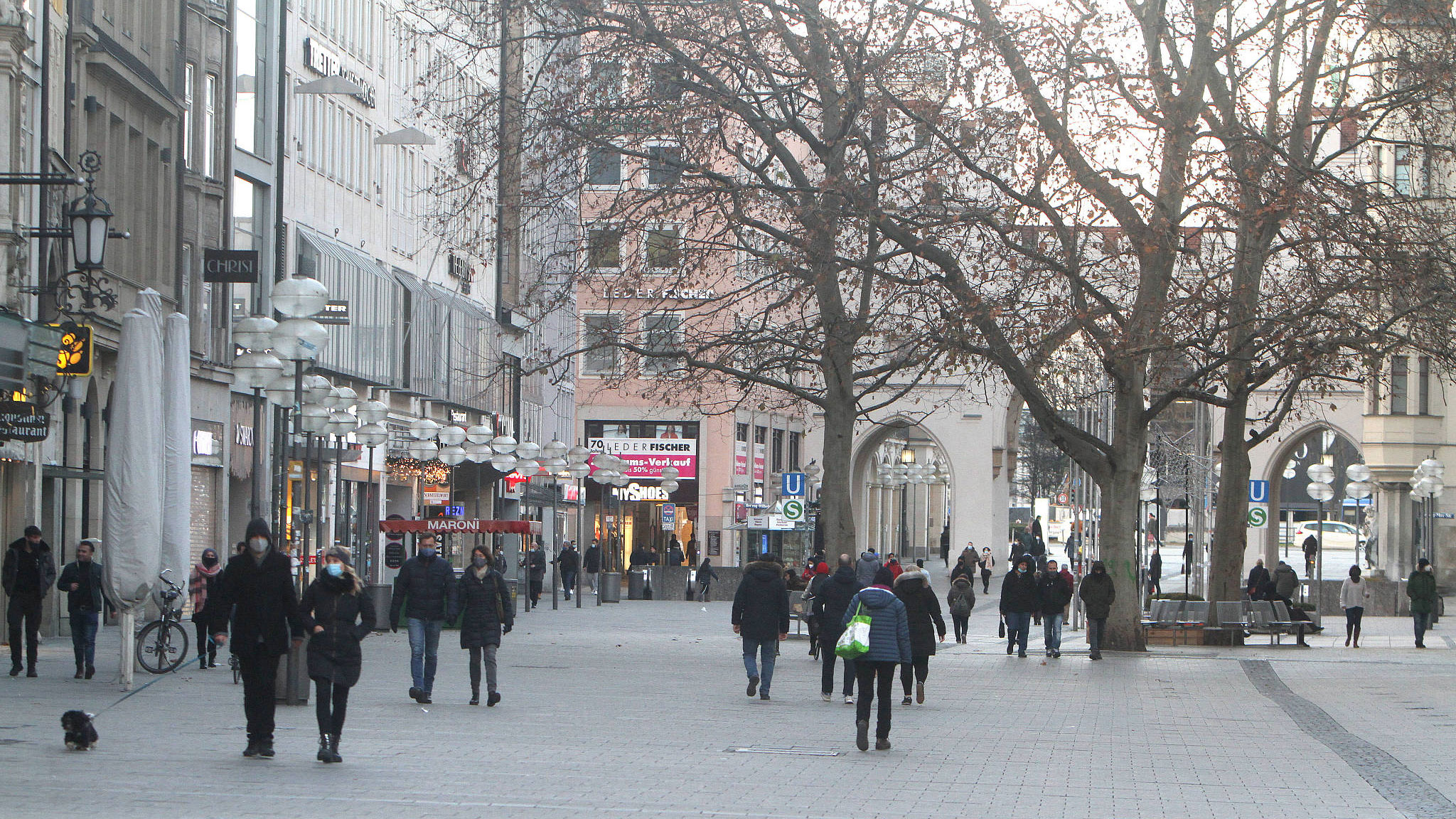 A shopping street at the Karlstor in the city center of Munich, Bavaria, Germany, December 30, 2020. (Photo: CFP)

Euro zone consumer inflation rebounded by much more than expected in January, a flash estimate showed on Wednesday, pushed up by a jump in prices in Germany and the Netherlands, and despite the continued downward pull from cheaper energy.

Economists polled by Reuters had expected a 0.5-percent year-on-year rise in January.

Volatile energy prices rose by 3.8 percent month on month in January, Eurostat estimated, but were still 4.1 percent lower than a year earlier, while also volatile unprocessed food prices went up by 1.1 percent on the month and 1.9 percent year on year.

The measure excluding these two volatile components, which the European Central Bank (ECB) calls core inflation and follows closely in policy decisions, still eased by 0.3 percent on the month, but rose by 1.4 percent on the year.

This is likely to be welcome news for the ECB, which wants to keep inflation below, but close to 2 percent has been missing that target for years despite ultra low interest rates and buying hundreds of billions of euros in government bonds to inject liquidity into the banking system.

The faster consumer price growth in January was mainly visible in the biggest economy Germany, where prices went up by 1.6 percent on the year, and in the Netherlands, where they rose by 1.7 percent year on year.

Separately, Eurostat said prices at factory gates rose more than expected, at 0.8 percent in December against November for a -1.1 percent year-on-year fall. Economists polled by Reuters had expected a 0.7-percent monthly increase and a -1.2 percent annual decline.

Producer prices give an early indication of consumer inflation trends because changes to prices at factory gates are most often passed on to the final consumer.