WORLD Europe an epicenter of COVID-19 right now, but can bring it under control again: WHO experts

Europe an epicenter of COVID-19 right now, but can bring it under control again: WHO experts

GENEVA, Oct. 26 (Xinhua) -- Europe is an epicenter of COVID-19 right now, but it can bring the transmission under control again, hopefully without going into national lockdowns, experts from the World Health Organization (WHO) said on Monday. 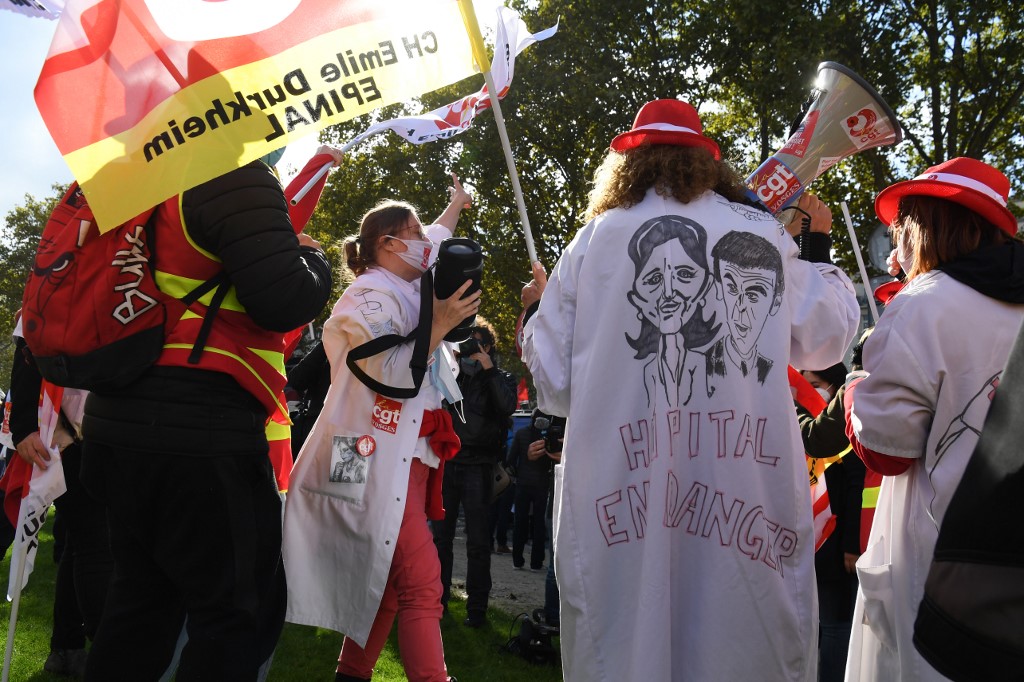 Members of the nursing profession rally following a call by the trade unions and hospital groups at Place Vauban, in the French capital Paris on October 15, 2020. (Photo: AFP)

According to Dr. Michael Ryan, executive director of WHO Health Emergencies Program, last week 46 percent of all the global cases and nearly one third of all deaths were from the European region.

"There's no question that the European region is an epicenter for disease right now," he said at a press briefing, urging that countries need to get ahead and stay ahead of the virus, which may require a much more comprehensive nature of measures, such as restricting movement and staying-at-home orders.

Meanwhile, Dr. Maria Van Kerkhove, technical lead on COVID-19 response at WHO Health Emergencies Program, said right now the worries in Europe are about the increase of hospitalizations in ICUs, where beds are filling up too quickly and could reach to capacity in the coming days and weeks.

But she seemed confident that Europe can bring transmission under control again, just like what has been done in spring and summer time this year, and it's hopeful that European countries will not need to go into national lockdowns. She urged European countries to use tools at hands, such as ample testing, finding suspect cases, and avoiding crowded space, to fight back against the pandemic.

Both the WHO experts believed that there have been multiple factors currently driving the positivity rate high in Europe, including improving and widening case detecting, which doesn't necessarily mean the overall size of the epidemic is growing at the same exponential rate as in the early period of 2020.

However, what's worrying is a shift in the average age of cases than in the spring, meaning more transmission in younger people than the older, as transmission in Europe has been detected recently in traveling, at some universities, in social gatherings, and at bars and restaurants, according to Van Kerkhove. She warned that the creeping up of average age in infection would result in the infection of older and vulnerable people, and in turn would eventually force up the mortality and ICU hospitalization.

As the world is caught in the second wave of the COVID-19 pandemic, countries including France, Italy, China, Russia, Britain and the United States are racing to find a vaccine.

According to the website of the World Health Organization, as of Oct. 19, there were 198 COVID-19 candidate vaccines being developed worldwide, and 44 of them were in clinical trials.