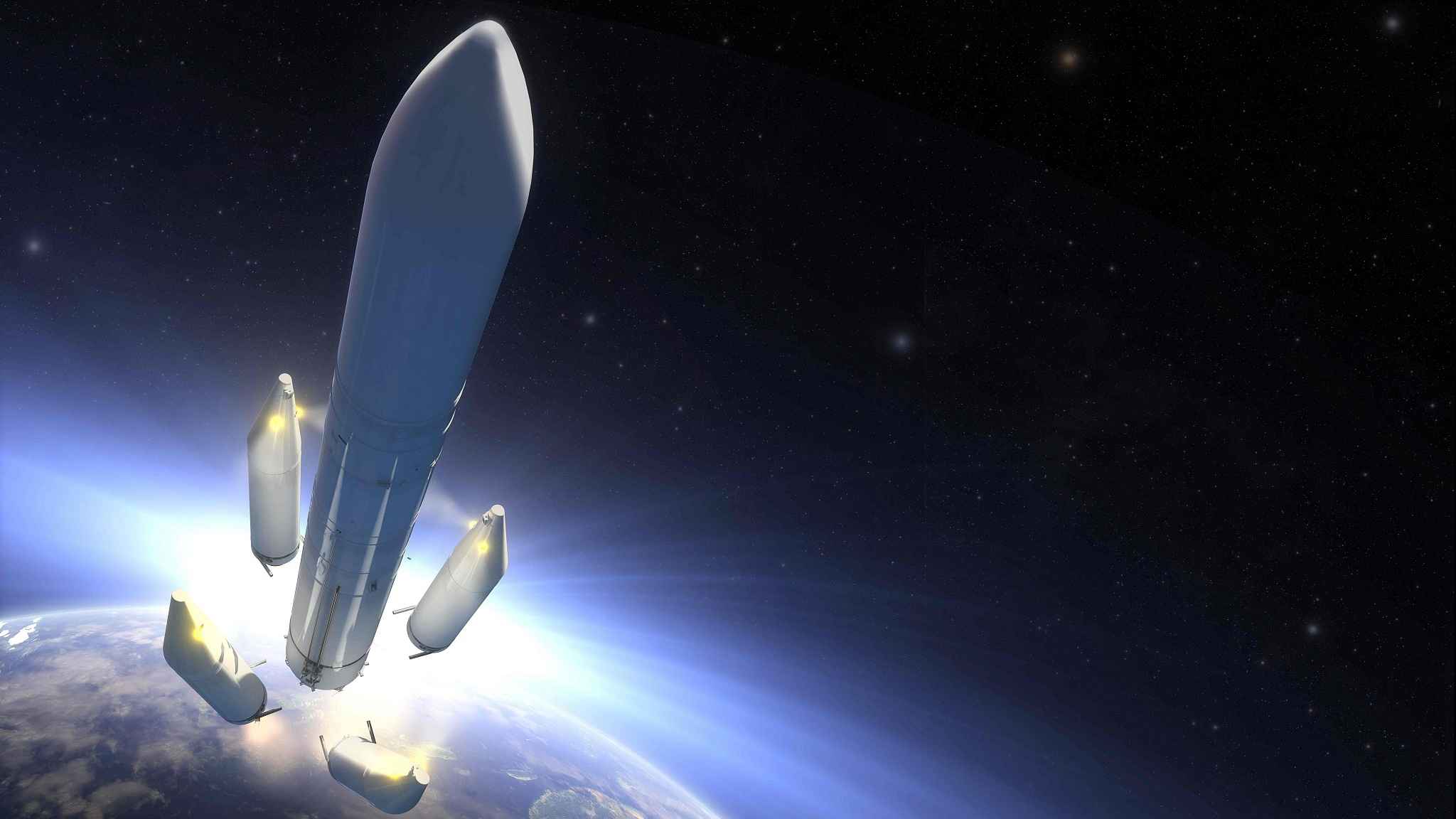 Major European countries are backing a new generation of home-grown space launchers amid growing competition from private space companies and developing nations such as India and China.

Ministers from Germany, France, Italy, Spain and Switzerland on Thursday signaled their "full support" for the development of the Ariane 6 and Vega-C rockets and their use as launchers for all European Space Agency (ESA) missions.

They realized "the benefit of aggregating their institutional demand for launch services to ensure an independent, cost-effective, affordable, and reliable access to space for Europe," ESA said.

The move is a response to the US government's decision to award lucrative launch contracts to private American space companies such as SpaceX, Orbital ATK and Blue Origin.

Given that space capacities play an important role in policy objectives related to commerce, security and defense, Europe "needs to maintain a leading position in this sector," ESA stressed.

The maiden flight of the medium-to-heavy Ariane 6 is planned for mid-2020, while the smaller Vega-C is scheduled to debut at the end of 2019.

Separately, ministers decided that the ESA should seek closer cooperation with the European Union – already one of its main customers.