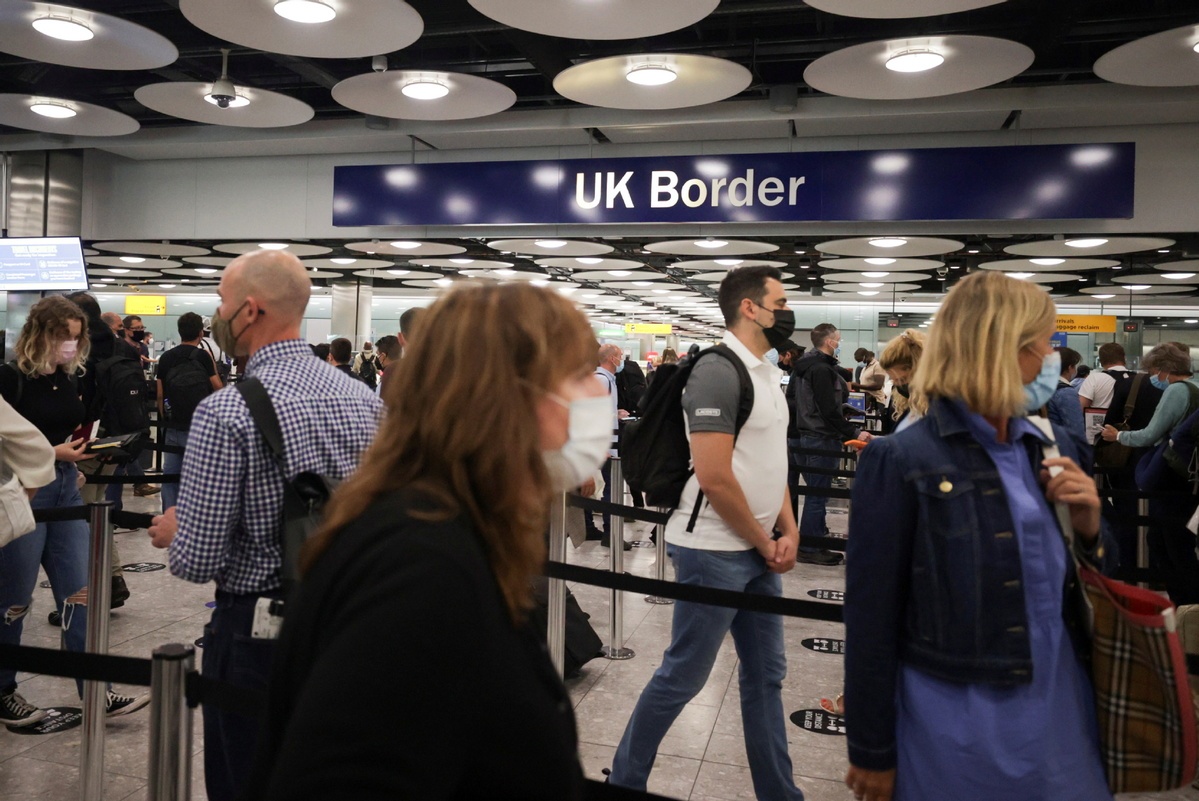 PARIS－Europeans faced last-minute travel frustration as the United Kingdom and France overhauled COVID-19 border restrictions to combat surging infections that threaten plans to get life back to normal.

Britain reversed a plan over the weekend to ease travel restrictions on France just two days before they were due to start, citing concerns about a variant of the coronavirus.

Cases have been rising for weeks in Britain, where more than 54,000 new infections were confirmed on Saturday, the highest daily total since January. Admissions to hospital and deaths are also rising, but remain far lower than at previous infection peaks thanks to vaccinations.

Despite the soaring cases, remaining restrictions were set to be lifted in England on Monday, though the government is advising people to remain cautious. Face masks will still be required on London's buses and subways and some other transit networks.

The UK government announced late on Friday that people arriving from France must self-isolate for 10 days on entering Britain, even if they are fully vaccinated. The announcement came just days after the government said vaccinated UK residents will no longer face quarantine starting from Monday when arriving from dozens of countries classed as amber, or medium, on Britain's traffic-light system of coronavirus risk.

British health authorities say France is being singled out because of the Beta variant. First identified in South Africa, it is believed to be more resistant to vaccines than other strains. The variant accounts for about 10 percent of cases in France.

On Saturday, Health Secretary Sajid Javid, in charge of Britain's coronavirus response, said he had tested positive for COVID-19 and has been self-isolating while he awaited the results of a second test.

In neighboring France, the authorities on Saturday decided tougher restrictions on unvaccinated travelers from high-risk countries, and appealed to reluctant people to get vaccinated to counter an alarming surge in cases, while anger at the health pass rule is mounting.

From Sunday, non-vaccinated arrivals in France from the UK, Cyprus, Greece, the Netherlands, Portugal and Spain need to present a COVID-19 test within the previous 24 hours, Prime Minister Jean Castex's office said.