Spain expected to record its hottest day of the year with temperatures topping 45 degrees Celsius (113 F) in parts of the Iberian Peninsula on Saturday, while Italian authorities expanded the number of cities on red alert for health risks as a heat wave settled over Southern Europe. 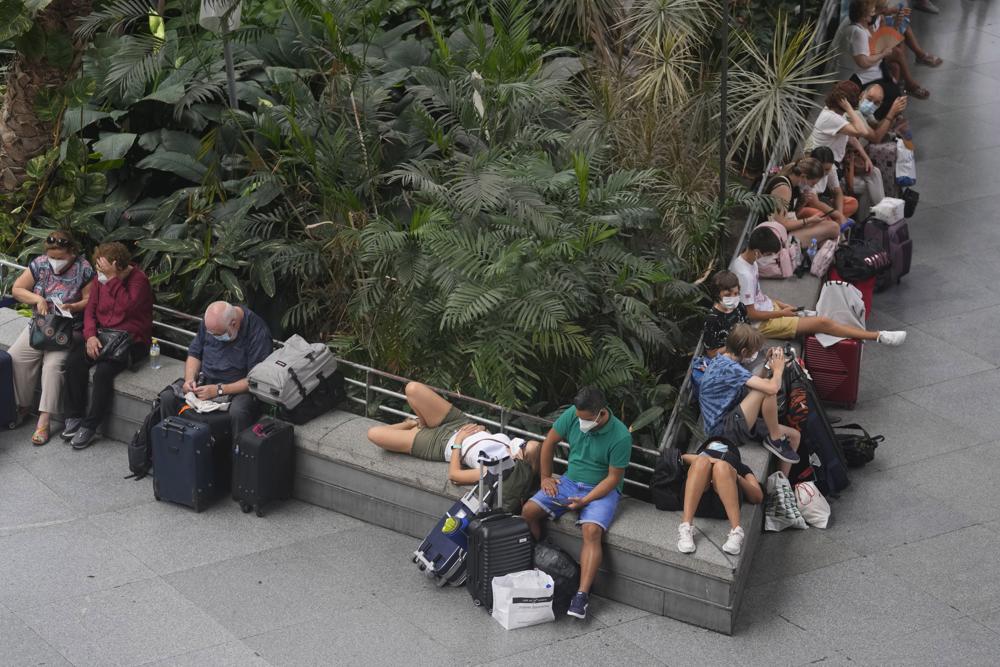 Passengers wait and relax in the botanical garden inside the Atocha rail station in Madrid, Spain, Saturday, Aug. 14, 2021. (Photo: AP)

In the southern Spanish province of Granada, where the mercury hit 40 degrees Celsius(104 F) by midday, few people ventured outside. Those who did sought shade and stopped to take photos of public thermometers displaying the rocketing temperature.

Dominic Royé, a climate scientist at the University of Santiago de Compostela, said the hot air from the Sahara that had brought days of hot weather and wildfires continued to stream over to Mediterranean countries.

“The heat wave we are experiencing now is very extreme, and a lot of people are saying that it’s normal as we are in summer. But it’s not, not this hot,” Roye said.

With nighttime temperatures forecast to exceed 25 degrees Celsius (77 F) in much of Spain, Royé worried about residents who cannot afford home air conditioning and other vulnerable people.

“The more intense the heat, the higher the mortality risk,” he said. “When you have high night temperatures, our bodies are prevented from resting. The body is working and working to cool down. We have found a strong link between mortality and night temperatures exceeding 20 degrees (68 degrees).”

Authorities in Italy also raised concerns about older adults and other people at risk as they expanded heat warnings to 16 cities.

Temperatures in the mid-40s Celsius (113-114.8 F) were forecast for the Sicilian cities of Palermo and Catania, and as high as 37 degrees Celsius (98.6 F) for Rome, Florence and Bologna, all places that the Health Ministry put on red alert.

Italians sought respite at the sea and in the mountains from the aptly named Lucifer anti-cyclone bringing the hot air from Africa during Italy’s peak summer holiday weekend.

High temperatures were forecast to continue through Sunday, the traditional Ferragosto holiday marking the religious feast of the Assumption of Mary, which many Italians spend on summer holidays.

High humidity accompanied high temperatures, making it feel even hotter. Storms in the north were forecast to bring the first signs of relief starting Monday.

“More than anything else, fresh air from the Atlantic will bring a coolness and greater ventilation that will sweep away the humidity and make the air much more breathable,” Lt. Col. Filippo Petrucci of the Italian air force’s weather service told RAI state TV.

The heat wave has aggravated fires that have consumed forests in southern Italy, Greece and North Africa.