BEIJING, June 27 (Xinhua) -- Experts have noted that Europe must affirm its strategic autonomy as the United States is imposing the theme of "Chinese challenge" on the Group of Seven and the North Atlantic Treaty Organization (NATO), said the French newspaper "Le Monde" in a column recently. 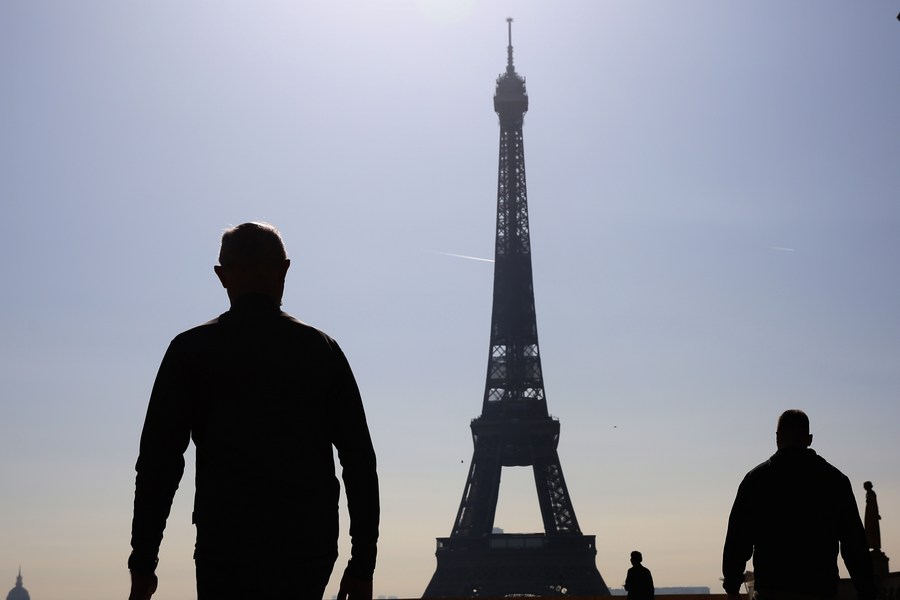 People walk on the Trocadero Place near the Eiffel Tower in Paris, France, March 31, 2021. (Photo: Xinhua)

U.S. President Joe Biden's European tour in mid-June marked an exotic geopolitical innovation: China, the power of the Pacific, was officially listed among the "challenges" weighing on the security of the Atlantic zone, which is new in the history of NATO, it added.

As Biden keeps reaffirming the U.S. commitment in Europe, it is tempting for Europe to give in to Biden's "charm" and line up behind the Americans in an anti-Chinese stance, but "it is also the opium of the European people," the column quoted political scientist Nicole Gnesotto, who made the remarks last week during a seminar at the Jacques Delors Institute, an independent think tank based in Paris, as saying.

The European Union has specific interests in China, a country with which it trades more than with the United States. Faced with the "Chinese challenge," Europeans must define its "strategic autonomy" and singularity, said Riccardo Perissich, an Italian expert in an article published earlier this month.