WORLD Europe reassures Iran of commitment to nuclear deal without US

Europe reassures Iran of commitment to nuclear deal without US 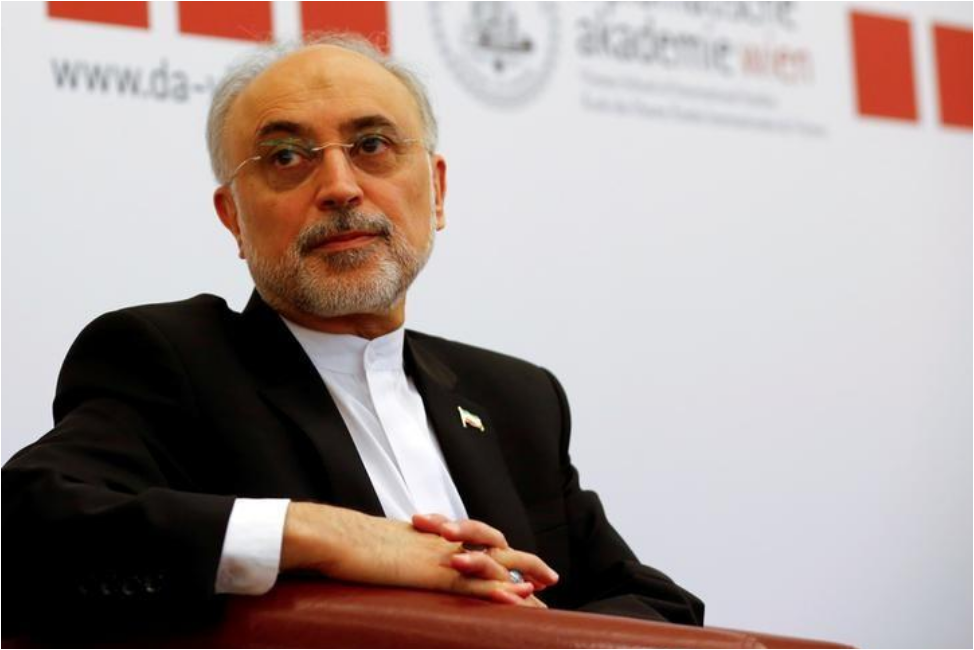 The European Union’s energy chief sought to reassure Iran on Saturday that the bloc remained committed to salvaging a nuclear deal with Tehran despite US President Donald Trump’s decision to exit the accord and reimpose sanctions.

Miguel Arias Canete delivered the message on a visit to Tehran and also said the 28-nation EU, once the biggest importer of Iranian oil, hoped to strengthen trade with Iran.

“We have sent a message to our Iranian friends that as long as they are sticking to the (nuclear) agreement the Europeans will... fulfill their commitment. And they said the same thing on the other side,” Arias Canete, European Commissioner for energy and climate, told reporters after talks with Iran’s nuclear chief Ali Akbar Salehi.

Salehi said it would be disastrous if EU efforts fail to preserve the 2015 deal, in which Tehran agreed to curb its nuclear work in return for the lifting of most Western sanctions. “The ball is in their (EU leaders) court,” Salehi said. “We hope their efforts materialize.”

Since Trump’s announcement of the US exit on May 8, EU leaders have pledged to try to keep Iran’s oil trade and investment flowing but admitted that will not be easy to do so.

Britain, France and Germany back the deal as the best way of stopping Tehran getting nuclear weapons but have called on Iran to limit its regional influence and curb the missile program.

“The EU’s adopted mechanisms ... should be enforced by August 8, when US sanctions begin to take effect,” Iranian TV quoted Behrouz Kamalvandi, spokesman for Iran’s Atomic Energy Organization, as saying.

A collapse of the accord could tip the balance of power in Iran’s faction-ridden political establishment in favor of President Hassan Rouhani’s hardline rivals, who have fiercely criticized the president’s failure to deliver greater economic prosperity.

“ALL KINDS OF POSSIBILITIES”

Salehi said Iran had several options, including resuming its 20 percent uranium enrichment, if the European countries failed to keep the pact alive. He said the EU had only a few weeks to deliver on their promises.

“If the other side keeps itself committed to its promises we also will. ...We hope the situation will not arise to the point that we will have to go back to the worst option,” Salehi told reporters in English.

“There are all kind of possibilities, we can ... start the 20 percent enrichment.”

Under the 2015 deal, Iran’s level of enrichment must remain at around 3.6 percent. Iran stopped producing 20 percent enriched uranium and gave up the majority of its stockpile as part of the agreement.

Uranium refined to 20 percent fissile purity is well beyond the 5 percent normally required to fuel civilian nuclear power plants, although still well short of the highly enriched, or 80 to 90 percent, purity needed for a nuclear bomb.

In their diplomacy with Tehran, EU sources say Iranian government officials have warned they are under pressure from those who say Iran has traded away its nuclear sovereignty without reaping any economic benefits.

Iran has struggled to cash in on the accord, partly because of remaining unilateral US sanctions that have deterred major Western investors from doing business with Tehran.

Rouhani has tried to assure ordinary Iranians, frustrated by high unemployment and stagnant living standards, that Trump’s decision would have no impact on Iran’s oil-reliant economy.

“Unfortunately because of the negative interferences of the US, we were not able to reap the fruits of the JCPOA (Joint Comprehensive Plan of Actions) we expected,” Salehi said.

“Public opinion is not as supportive as it was before and if the other side does not deliver... we will keep losing the support of our people for the JCPOA.”