WORLD Europe rolls out vaccines in bid to leave pandemic behind

Europe rolls out vaccines in bid to leave pandemic behind

Europe launches a cross-border vaccination programme of unprecedented scale on Sunday as part of efforts to end a COVID-19 pandemic that has crippled economies and claimed more than 1.7 million lives around the world. 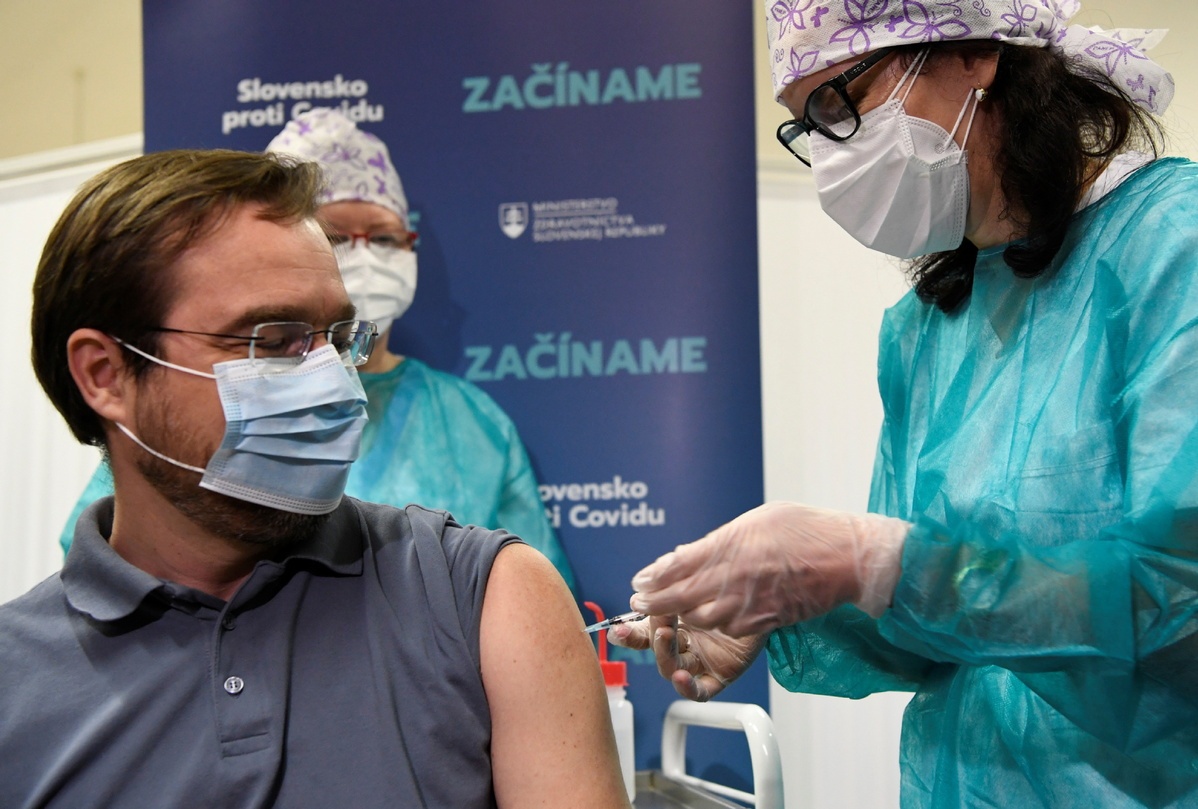 The region of 450 million people has secured contracts with a range of suppliers for over two billion vaccine doses and has set a goal for all adults to be inoculated during 2021.

While Europe has some of the best-resourced healthcare systems in the world, the sheer scale of the effort means that some countries are calling on retired medics to help out while others have loosened rules for who is allowed to give the injections.

With surveys pointing to high levels of hesitancy towards the vaccine in countries from France to Poland, leaders of the 27-country European Union are promoting it as the best chance of getting back to something like normal life next year.

"We are starting to turn the page on a difficult year," Ursula von der Leyen, president of the Brussels-based European Commission coordinating the programme, said in a tweet.

"Vaccination is the lasting way out of the pandemic."

After European governments were criticised for failing to work together to counter the spread of the virus in early 2020, the goal this time is to ensure that there is equal access to the vaccines across the entire region.

But even then, Hungary on Saturday jumped the gun on the official roll-out by starting to administer shots of the vaccine developed by Pfizer and BioNTech to frontline workers at hospitals in the capital Budapest.

Countries including France, Germany, Italy, Austria, Portugal and Spain are planning to begin mass vaccinations, starting with health workers on Sunday. Outside the EU, Britain, Switzerland and Serbia have already started in recent weeks.

The distribution of the Pfizer-BioNTech shot presents tough challenges. The vaccine uses new mRNA technology and must be stored at ultra-low temperatures of around -80 degrees Celsius (-112°F).

France, which received its first shipment of the two-dose vaccine on Saturday, will start administering it in the greater Paris area and in the Burgundy-Franche-Comte region.

Germany, meanwhile, said trucks were on their way to deliver the vaccine to care homes for the elderly, which are first in line to receive the vaccine on Sunday.

Beyond hospitals and care homes, sports halls and convention centres emptied by lockdown measures will become venues for mass inoculations.

In Italy, temporary solar-powered healthcare pavilions will spring up in town squares around the country, designed to look like five-petalled primrose flowers, a symbol of spring.

In Spain, doses are being delivered by air to its island territories and the North African enclaves of Ceuta and Melilla.

Portugal is establishing separate cold storage units for its Atlantic archipelagos of Azores and Madeira.

"A window of hope has now opened, without forgetting that there is a very difficult fight ahead," Portuguese Health Minister Marta Temido told reporters.