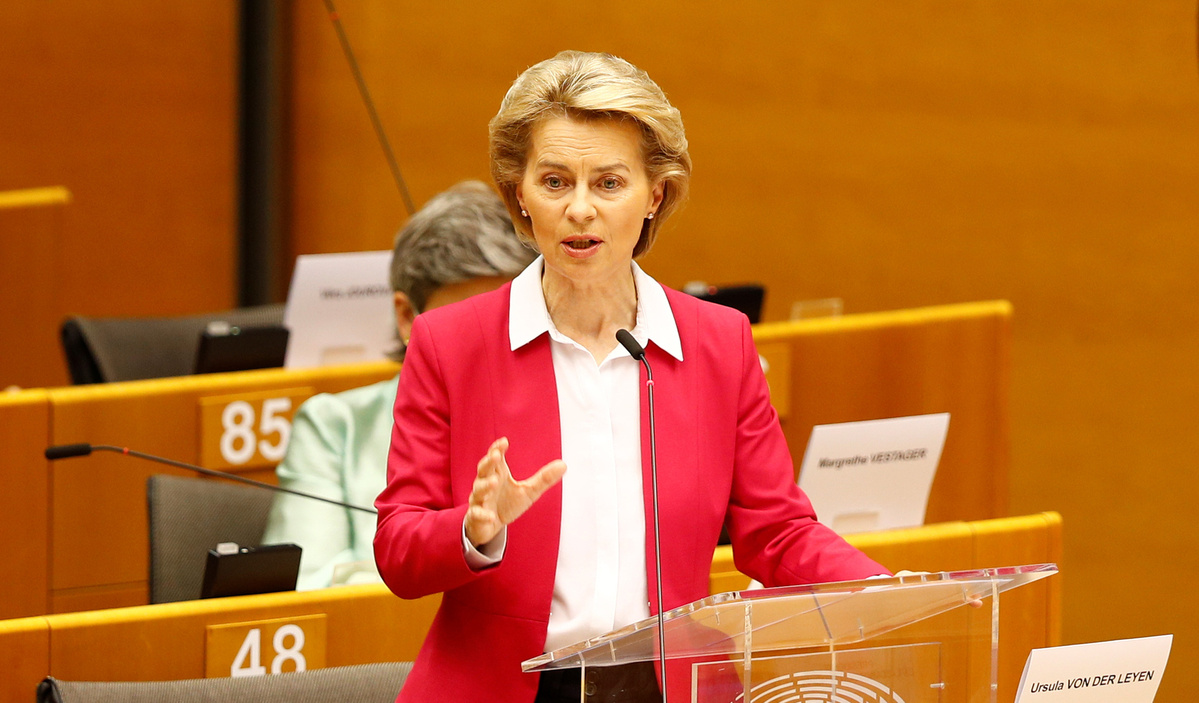 European Commission President Ursula von der Leyen addresses the Plenary of the European Parliament on a new proposal for the EU's joint 2021-27 budget and an accompanying Recovery Instrument to kickstart economic activity in the bloc ravaged by the coronavirus disease (COVID-19) outbreak, in Brussels, Belgium, May 27, 2020. (Photo: Agencies)

BRUSSELS - The European Commission on Wednesday proposed borrowing 750 billion euros ($826 billion) in its name from the financial market to help the world's largest trading bloc recover from a recession owing to the coronavirus pandemic.

The money is proposed to be channeled to member states through European Union programs and repaid over a long period of time throughout future EU budgets, not before 2028 and not after 2058.

The proposal follows an earlier initiative by France and Germany that asked for the EU's executive to borrow 500 billion euros from the financial market, all of which would then be distributed as grants to member states. That Germany backed the initiative is widely seen as an about-face from the frugal member state and an important vote towards expanding the 27-member bloc's financial power.

The European Commission's proposal in effect echoed that initiative and added another 250 billion euros of further borrowing, which is intended to be loans to member states. The 750-billion-euro figure was first confirmed on Twitter by European Commissioner for Economy Paolo Gentiloni, who described it as "a European turning point to face an unprecedented crisis."

Whether the proposal from Brussels will be heeded by member states remains to be seen. The French-German initiative faced push back from the so-called frugal four -- Austria, Denmark, the Netherlands, and Sweden -- which called for loans, rather than grants, to member states.