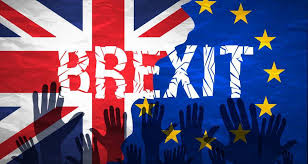 Tusk told reporters that the Brexit negotiations are entering their crucial phase, he is to call a Brexit summit of EU member states' leaders around mid-November, seeking to reach a deal with Britain.

His remarks were made before the EU summit in Salzburg in Austria.

"The Brexit negotiations are entering their decisive phase. Various scenarios are still possible today," he said.

A key point of Brexit currently is how to maintain a frictionless border on the island of Ireland. In terms of the question or the economic cooperation, Britain's proposals will need to be reworked and further negotiated, said Tusk.

However, he is still not pessimistic of reaching a deal with Britain. "Every day that is left we must use for talks. I'd like to finalize them still this autumn," he said.