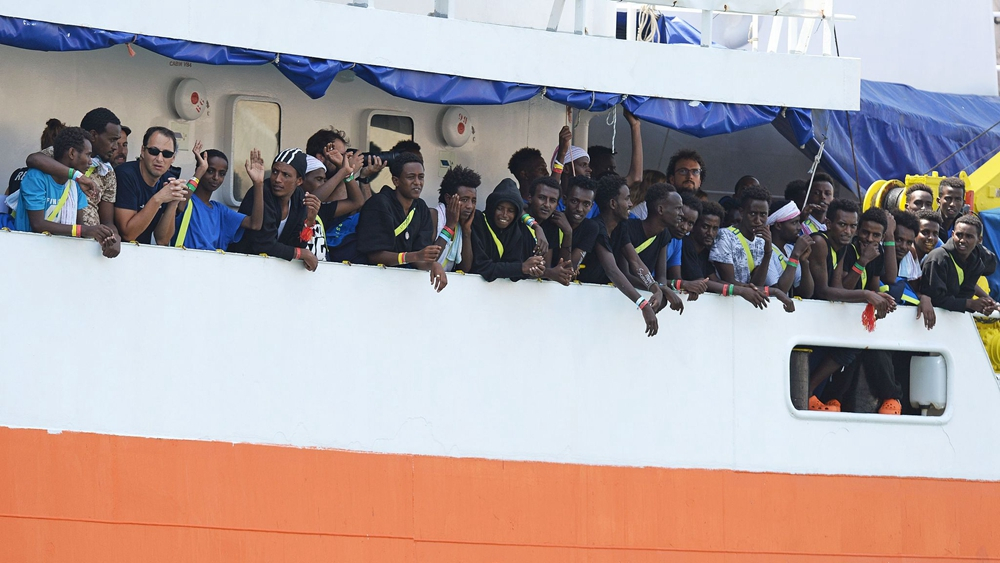 Migrants stand aboard the Aquarius rescue ship as it arrives at Bolier Wharf in Senglea, Malta, August 15, 2018.(Photo: VCG)

Five European countries on Tuesday offered to take in the 141 migrants marooned on board the Aquarius rescue vessel after it was given permission to dock in Malta, resolving a new standoff over the charity ship.

Spain offered to take 60 people and Germany said it would take "up to 50".

France said it would accept 60 from the Aquarius as well as a second rescue boat that arrived earlier in Malta, and Portugal offered to welcome 30 people. Luxembourg was also part of the deal.

The agreement is the fifth of its kind between Western European governments since Italy began turning away migrant rescue ships in June.

EU sources said the five host countries would send immigration officials to Malta to vet their asylum claims and identify possible economic migrants, who would be returned to their countries of origin.

The boat was initially refused entry by Italy and Malta after rescuing the migrants in two separate missions off the Libyan coast on Friday.

The Aquarius first hit the headlines in June after being stranded with 630 migrants on board, causing a major diplomatic row.

Spain's new Socialist government helped resolve the first standoff by allowing the boat to dock in Valencia and said it was again at the forefront of the solution to the latest one on Tuesday.

But Malta and France said the deal to allow the ship disembark its passengers, many of them unaccompanied teens from violence-wracked Somalia and Eritrea, was their initiative.

"Malta will be making a concession allowing the vessel to enter its ports, despite having no legal obligation to do so," said a Maltese government statement posted on Twitter.

Thanking Malta for its gesture, French President Emmanuel Macron wrote on Twitter: "There is no alternative to cooperation."

But EU migration commissioner Dimitris Avramopoulos warned that Europe could not rely on "ad-hoc arrangements".

Calling in a statement for "sustainable solutions", he said: "It is not the responsibility of one or a few member states only, but of the European Union as a whole."