Large parts of western and central Europe sweated under blazing temperatures Wednesday, with authorities in one German region imposing temporary speed limits on some stretches of the autobahn as a precaution against heat damage. 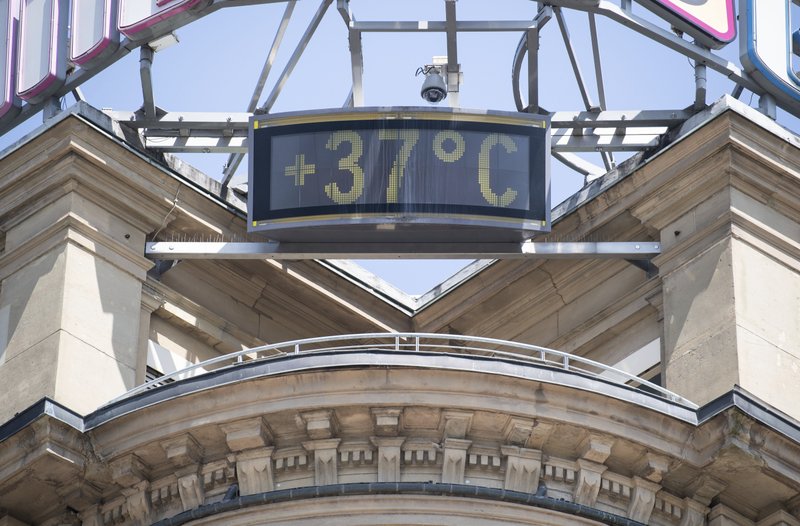 A sign shows 37 degrees Celsius at a building in the city of Stuttgart, Germany, Wednesday, June 26, 2019. Germany and Europe is hit by a heatwave with temperatures near 40 degrees. (Photos: AP)

Authorities have warned that temperatures could top 40 degrees Celsius (104 Fahrenheit) in parts of the continent over the coming days as a plume of dry, hot air moves north from Africa.

The transport ministry in Germany's eastern Saxony-Anhalt state said it has imposed speed limits of 100 kph or 120 kph (62 mph or 75 mph) on several short stretches of highway until further notice. Those stretches usually have no speed limit. 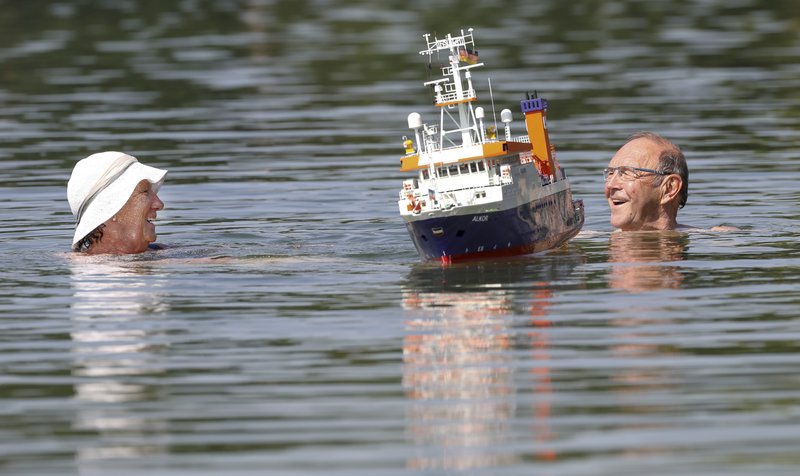 A couple swims beside a model making boat in a lake in Ertingen, Germany, Wednesday, June 26, 2019.

On Tuesday evening, German railway operator Deutsche Bahn called rescue services to Duesseldorf Airport station as a precaution because two trains' air conditioning systems weren't working properly, but neither had to be evacuated. 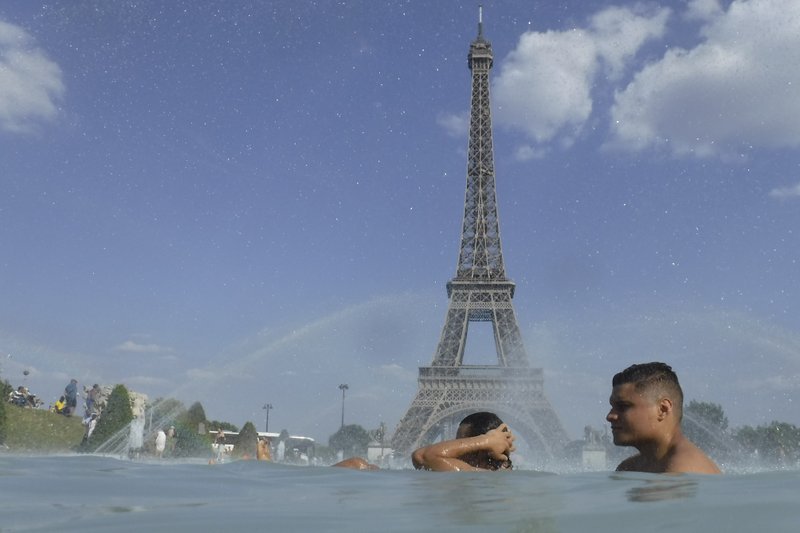 People cool off in the fountain of the Trocadero, as the Eiffel Tower is visible in background, in Paris, Tuesday, June 25, 2019.

In Paris, authorities banned older cars from the city for the day as a heat wave aggravates the city's pollution.

Around France, some schools have been closed because of the high temperatures, which are expected to go up to 39 degrees Celsius (102 Fahrenheit) in the Paris area later this week and bake much of the country, from the Pyrenees in the southwest to the German border in the northeast.

Such temperatures are rare in France, where most homes and many buildings do not have air conditioning.

French charities and local officials are providing extra help for the elderly, the homeless and the sick this week, remembering that some 15,000 people, many of them elderly, died in France during a 2003 heat wave.

Prime Minister Edouard Philippe cited the heat wave as evidence of climate destabilization and vowed to step up the government's fight against climate change.

About half of Spain's provinces are on alert for high temperatures, which are expected to rise as the weekend approaches.

The northeastern city of Zaragoza was forecast to be the hottest on Wednesday at 39 C, building to 44 C on Saturday, according to the government weather agency AEMET.

In southwestern Europe, however, some people had other reasons to complain during their summer vacation: the Portuguese capital Lisbon, on Europe's Atlantic coast, awoke cloudy and wet Wednesday.