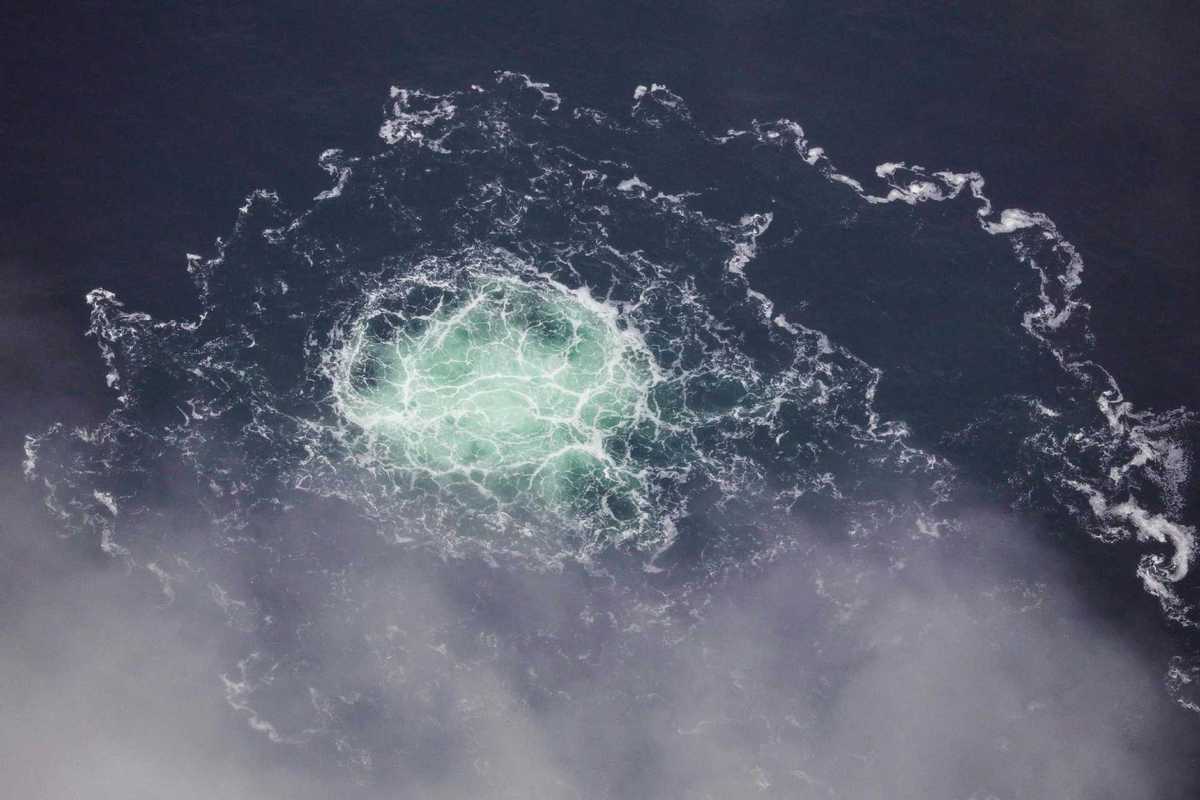 A photo taken on Sept 28, 2022 from an aircraft of the Swedish Coast Guard (Kustbevakningen) shows the release of gas emanating from a leak on the Nord Stream 2 gas pipeline, in the Swedish economic zone in the Baltic Sea. [Photo: Agencies]

Russia and European nations have launched investigations into the cause of the gas leaks in the Nord Stream pipelines in the Baltic Sea, while countries in the region beef up security around their energy facilities.

Gas leaks were detected in the Nord Stream 1 and Nord Stream 2 pipelines near the Danish island of Bornholm on Monday. Seismic reports showed that "in all likelihood" there had been explosions in the area prior to the leaks.

While some politicians and media pointed fingers at Russia and the United States, both countries have denied that they were responsible for the suspected sabotage.

At the request of Russia, the United Nations Security Council will meet on Friday to discuss the incident.

Kremlin spokesman Dmitry Peskov said on Wednesday that the incident needed to be investigated but the timing for repair was still unclear.

Peskov said the claims that Russia was somehow behind a possible attack on the pipelines were stupid, adding that the US had opposed the Nord Stream pipelines and US companies had reaped huge profits supplying gas to Europe.

"That's quite predictable and also predictably stupid," he said when asked if Russia might be behind the possible sabotage.

"This is a big problem for us because, firstly, both lines of Nord Stream 2 are filled with gas — the entire system is ready to pump gas and the gas is very expensive.… Now the gas is flying off into the air."

"Are we interested in (doing) that? No, we are not. We have lost a route for gas supplies to Europe," he said.

Sweden's security service, SAPO, said on Wednesday that it would investigate unexplained blasts and leaks on the Nord Stream pipelines.

SAPO said that it was taking over the investigation from the police because "it could relate to a serious crime that could at least in part be directed at Swedish interests", adding that "it couldn't be ruled out that a foreign power is behind it", without specifying any country.

Denmark's police department has launched an investigation into the incident and was working with counterparts in Germany and Sweden, Copenhagen police chief Anne Tonnes said at a news conference.

The Danish Energy Agency said that more than half of the gas in the damaged Nord Stream 1 and Nord Stream 2 pipelines has left the pipes, which contained a total of 778 million cubic meters of natural gas, equivalent to 32 percent of Denmark's annual CO2 emissions.

Germany's Minister of Interior and Community Nancy Faeser called on Wednesday for a rapid investigation into the "probable act of sabotage" so that "those responsible" can be identified.

A German government spokesman said on Wednesday that Germany will wait for a full investigation of the incident before drawing conclusions.

Faeser said that Germany must prepare for previously "unimaginable" threats to its energy security and the country would need to enhance its vigilance to address such risks.

Denmark, Norway and Finland have also vowed to beef up security around their energy infrastructure after the incident.

Norway, which has over 90 oil and gas fields, most of which are linked to a network of gas pipelines stretching 9,000 kilometers, said that it would strengthen security after the Nord Stream gas leaks.

Norwegian Prime Minister Jonas Gahr Store said at a news conference that the country would step up its military presence at its installations.

Denmark's gas transmission operator Energinet said that it will increase security across its energy sector after the incident.

Finland's Border Guard said on Wednesday that the country has stepped up its surveillance in the Gulf of Finland following the Nord Stream incident.

In another development, Russia is scheduled to formally incorporate the four regions of Lugansk, Donetsk, Kherson and Zaporizhzhia at a Kremlin ceremony on Friday, Peskov, the Kremlin spokesman, said on Thursday.

The European Commission proposed on Wednesday a new round of sanctions against Russia in response to the referendums held in the four regions in Ukraine.