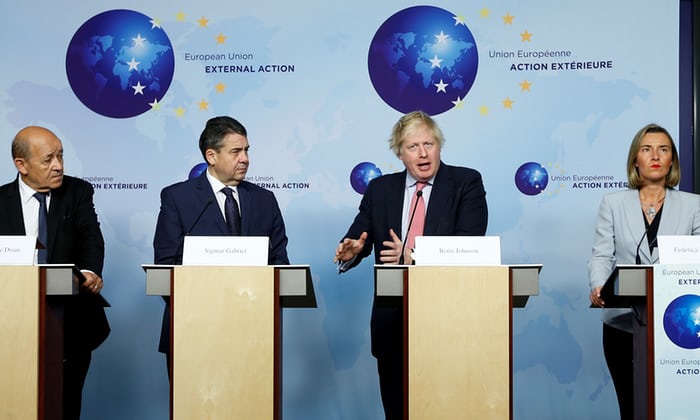 London (People's Daily) - Following a meeting with foreign ministers from Iran, Germany, and France, UK Foreign Secretary Boris Johnson urged the US not to abandon the Iran nuclear deal, stressing its essential importance for international security.

The Joint Comprehensive Plan of Action (JCPOA) from 2015 was signed by China, France, Russia, UK, Germany, and the US.

US President Donald Trump said he may withdraw from the deal, as he referred to the JCPOA was “an embarrassment.”

Trump has until Friday to decide whether he wants to extend sanction relief for Iran,

Johnson described the Iran nuclear accord as a "considerable diplomatic accomplishment,” and that no “better alternative” had been proposed,  according to UK newspaper the Independent, UK.

“We greatly value the nuclear deal with Iran, we think it is a considerable diplomatic accomplishment. It’s a way of stopping Iran from acquiring nuclear weapons,” said Johnson.

Johnson also stressed how important it was for the global community to get behind it, and added, “Iran should be able to show, as my colleagues have said, that it is a good neighbor.”