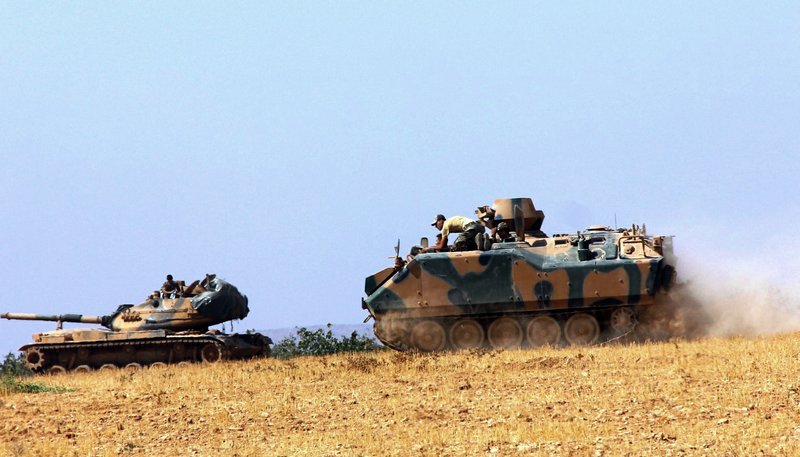 A Turkish army tank and an armored vehicle are stationed near the border with Syria, in Karkamis, Turkey in 2016. (File photo: AP)

BRUSSELS, Jan. 7 (Xinhua) -- Top European diplomats emerged from a Tuesday meeting saying continuing outside interference is fuelling the crisis in Libya and that there is no military solution to it.

Top diplomats from Britain, Italy, Germany, France as well as the European Union said in a joint statement after the meeting that "there is no military solution to the Libyan crisis... An immediate cessation of hostilities is therefore crucial.

"All the members of the international community need to strictly respect and enforce the UN arms embargo. Continuing outside interference is fuelling the crisis," the statement added.

EU foreign policy chief Josep Borrell told reporters: "It is obvious that this made a reference to the Turkish decision to intervene with their troops in Libya, which is something that we reject."

Turkish President Recep Tayyip Erdogan said on Sunday evening that Turkey is "gradually" sending troops to Libya under a deal inked with its UN-recognized Government of National Accord.

"Our soldiers are gradually going," Erdogan told the CNNTurk broadcaster in a televised interview, saying "the duty of Turkish soldiers is to ensure ceasefire and not to fight."