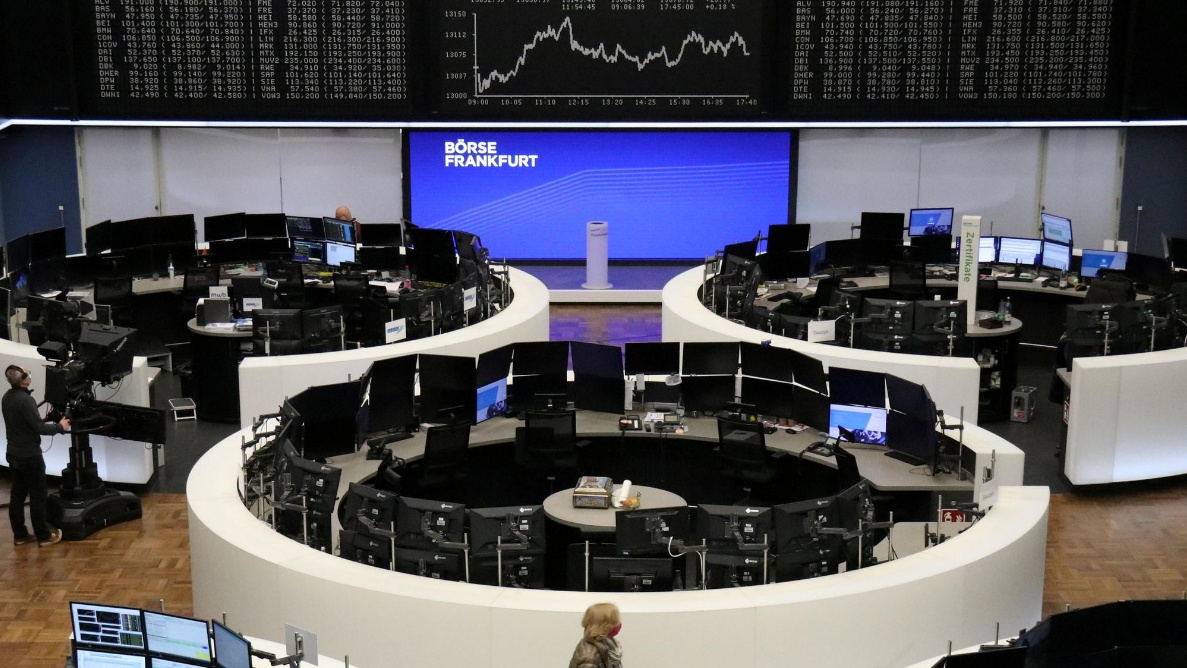 European shares rose on Monday, hovering near nine-month highs, as strong China data and hopes of a COVID-19 vaccine renewed bets for a swifter economic recovery, while Spanish lender BBVA surged on a deal to sell its U.S. business.

The pan-European STOXX 600 rose 0.7 percent by 0930 GMT, with banks and travel stocks gaining the most.

BBVA surged 15 percent to an eight-month high after PNC Financial Services Group said it would buy its U.S. business for $11.6 billion in cash.

China's factory output rose faster than expected in October and retail sales surged as a recovery in the world's second-largest economy from its COVID-19 slump gathered momentum.

"The Chinese output data has had little effect on European stocks, although investors right now are beginning to enter a risk-on mode primarily because of the fear of missing out as global equities continue to gain on vaccine hopes," said Keith Temperton, a sales trader at Forte Securities.

The benchmark STOXX 600 has gained nearly 40 percent from its March lows but has underperformed its U.S. peers this year as a recent spike in coronavirus cases across Europe overshadowed optimism around a new vaccine.

Although Europe's bank stocks outperformed other major sectors last week, their performance is the second worst this year as lenders grapple with rock-bottom interest rates amid the COVID-19 crisis.

However, European Central Bank Vice President Luis de Guindos asked Euro zone banks on Monday to keep using their capital buffers to absorb losses without holding back credit to the real economy, which, he said, needs time to rebound from a pandemic-induced recession.

Overall, quarterly results for STOXX 600 companies have been better than expected, with 68 percent of those that have reported results so far beating earnings estimates, according to Refinitiv data.

In company news, Vodafone Group, the world's second-largest mobile operator, gained 2.6 percent after it said it was increasingly confident about its full-year performance following a "resilient" first-half, despite underlying momentum being obscured by the impact of COVID-19.

Deutsche Bank rose 1.1 percent after Chief Executive Officer Christian Sewing said the German lender will focus on the bank's restructuring over the next year rather than on mergers.