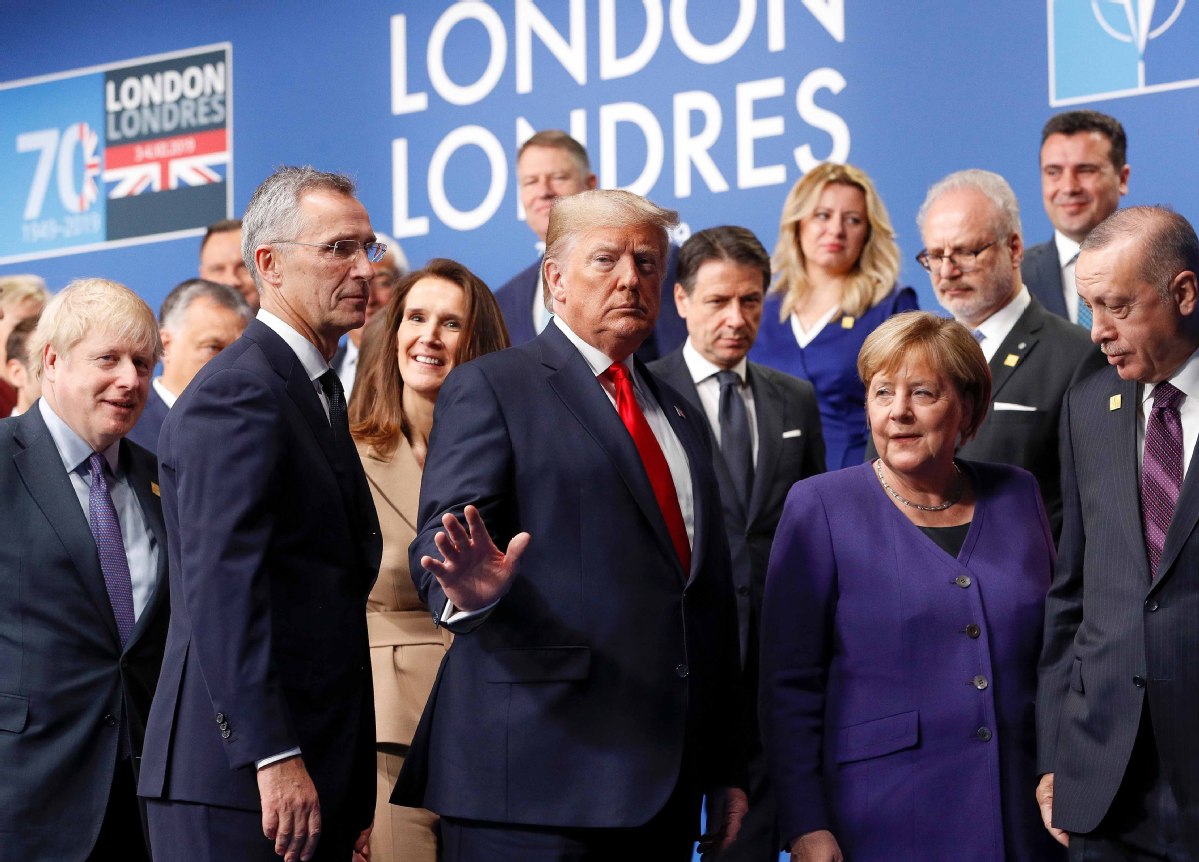 With growing divisions, the EU has been forced to reassess ties with the US

The European Union and the United States, which have long championed shared goals, have increasingly been drifting apart as evidenced by disputes over issues ranging from security to trade in recent years.

Entering the new year, the tensions between the two powers are likely to continue, although their overlapping interests are seen as preventing any rapid decline in their relations.

Sven Biscop, director of Europe in the World Program at the Egmont-Royal Institute for International Relations, a Brussels-based think tank, said that on several instances this year the US has taken sudden and drastic decisions that have caught its European partners off guard. This has been the case even when such issues had been under discussion for some time.

"This has, of course, created frustration in Europe," Biscop said.

He said that no one in leadership in Europe wants to take any step that distances the EU from the US, but many European leaders and observers feel that relations should become "more equally balanced". As a result, they have started to see the necessity for Europe to pursue its own defense initiatives and for the bloc to strengthen its diplomatic ties with other parts of the world.

Divisions between the two sides over an increasing number of issues became very apparent in 2019.

For the EU, countering climate change is high on its agenda, especially after Europe experienced record heatwaves this summer. For its part, the US started the process of pulling out from the Paris Agreement on Nov 4, the first formal step in what will take a year to exit the global pact to fight climate change, triggering criticism around the world.

Relations had already been strained by an abrupt decision in early October by US President Donald Trump to withdraw US troops from northern Syria. This enabled a Turkish offensive against Syrian Kurdish forces and further destabilized a war-torn region. Washington's allies in the NATO security partnership were not informed beforehand.

Issues relating to Iran have been another sore point. The US, after withdrawing last year from a 2015 nuclear deal between Iran and world powers, reimposed sanctions on the Islamic Republic. That move further escalated tensions between the US and Iran. European countries have been trying to salvage the nuclear agreement.

European leaders have been disappointed by US actions that they see as endangering the EU's security, including the sudden withdrawal of US troops from Syria and Washington's policy of maximum pressure on Iran.

French President Emmanuel Macron said in November that a lack of leadership from the US, as well as poor coordination among treaty partners more broadly, is causing the "brain death" of NATO.

On the commercial front, the EU and the US have been embroiled in trade disputes this year. In early October, the US imposed a record $7.5 billion in tariffs on European goods after winning a case against Airbus over its subsidies to the aircraft maker. The US had taken the case to the World Trade Organization.

The US introduced a new wave of tariffs on some $2.4 billion in French goods in retaliation for a new French tax on digital services, a decision that will affect large US technology firms such as Google and Facebook.

Diao Daming, associate professor of international relations at Renmin University of China, said that the tremors within the transatlantic partnership are due to the increasingly divergent foreign policies of the US and the EU, compounded by political and economic pressures within nations.

Diao said the EU wants to maintain regional security through multilateral mechanisms, and to solve domestic problems－including an influx of migrants to the continent－through global coordination and cooperation. In contrast, the US has chosen a unilateral approach to fully safeguard its interests, even if that means battling its European allies for its own benefits.

"The different foreign policies have been damaging relations between them," he said.

Feng Zhongping, vice-president of the China Institutes of Contemporary International Relations, said that the EU and the US used to be closer allies during the Cold War. But their partnership has gradually loosened, as the extent of their overlapping interests decrease.

After Trump, who came to power with his "America first" doctrine, the divisions have become even more apparent, especially in the two sides' strategic focuses, attitudes toward multilateralism and climate change.

"Europe used to rely on the US-led NATO military alliance to ensure its security, but after the US' constant moves of endangering their security, European leaders have started to doubt whether the US is still reliable," Feng said. "That is why the EU created a defense budget and has been working to strengthen its defense capacities."

As for economic ties, Feng said that cooperation and competition have always co-existed in the partnership between the US and Europe.

But now that the Trump administration is digging with its unilateralism and continues to impose taxes and sanctions to solve trade disputes, such policies have become unacceptable to the EU with its promotion of multilateralism.

Feng said that the EU-US relationship is likely to be tense in 2020, and trade disputes will continue, in line with Trump's pursuit of unilateralism. The US president is unlikely to treat Washington's old partners and allies any differently to others.

Diao said that in the defense sector, the US would still wish to maintain its influence in Europe but have its allies take on more of the costs of the NATO alliance.

On the one hand, Washington will seek to continue to reduce its NATO alliance commitments and urge European countries to pay more of the costs for the transatlantic alliance. On the other hand, it will keep intervening in global issues, hoping that Europe will maintain its reliance on the US as its protector.

In the economic sector, Diao seems more optimistic and said that the trade disputes between the two parties might not escalate in 2020, when the US presidential election will be held.

"During the election campaign, the economic and employment situations will be critical to Trump," he said. "If he continues to operate trade issues at will, it might bring an unpredictable impact on the US as well as on his political career."