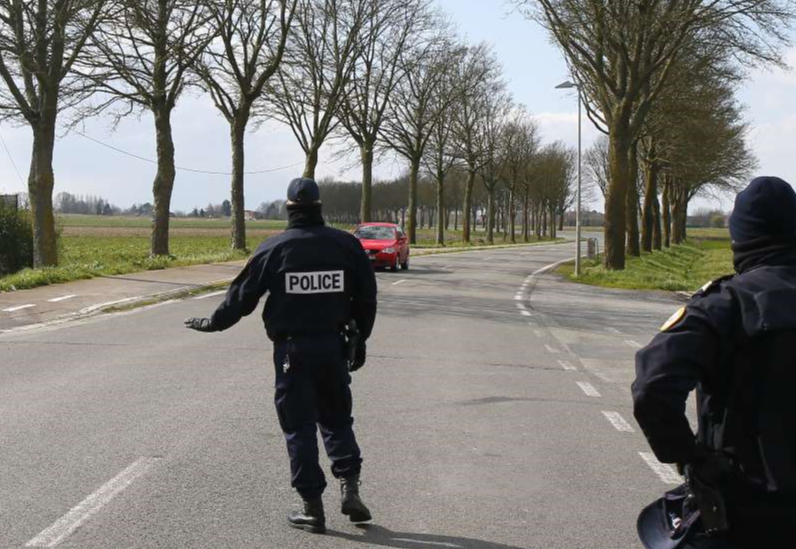 Criminals are preying on a fearful public and disrupting the provision of medical care during the coronavirus pandemic by selling counterfeit products, impersonating health workers and hacking computers as many citizens do their jobs online at home, European law enforcement agency Europol said Friday.

In one instance, a cyberattack on a major hospital in the Czech Republic where COVID-19 tests are carried out forced the cancellation of planned surgeries, Europol said in a new report.

Organized crime groups, well-known for identifying new opportunities, have found new pathways to scam people made vulnerable by fears of the virus, which, like criminals, know no borders, according to the report.

"Criminals have quickly seized the opportunities to exploit the crisis by adapting their modes of operation or developing new criminal activities," Europol Executive Director, Catherine de Bolle said in a statement. She added that organized crime groups' "capacity to exploit this crisis means we need to be constantly vigilant and prepared."

Europol's report lists four main avenues for illicit activity: cybercrime, fraud, counterfeit and substandard goods, and organized property crime. Criminals manufacture and sell high-demand products like masks or medicine, impersonate medical workers to get into homes or businesses, and break into a gold mine of information with so many European citizens now doing their jobs online at home.

Coronavirus-related criminal activity is not limited to Europe. A March 3-10 operation in 90 countries, overseen by international police agency Interpol, dug out suspects seeking fast cash, notably with the sale of counterfeit face masks and medicines.

Interpol said that it disrupted the work of 37 organized crime groups, and seized 34,000 fake and substandard masks, and more than $14 million in potentially dangerous pharmaceuticals. The "corona spray," "corona packages" and medicines are but "the tip of the iceberg regarding this new trend in counterfeiting," Interpol said. (Yes. pretty clear with the quotes that this stuff is for the gullible. What are corona spray and corona packages? fake medicines?)

COVID-19, the disease caused by the new virus, causes mild or moderate symptoms for most people, such as fever or coughing for two to three weeks. But it can cause more serious illness and death for others, especially for older adults and people with existing health problems.

Europol noted the transfer of 6.6 million euros by a European company to another in Singapore to buy face masks and alcohol gels, widely used now for cleaning hands to protect from the coronavirus.

"The goods were never received," the report said. It did not identify either company.

Criminals also lurk at the doorways of private homes as hundreds of millions of people across Europe are confined under government orders to slow the spread of the virus. The fraud schemes used to get inside private residences to steal vary but often involve someone impersonating medical officials, conducting a "corona test," providing hygiene products or informative material, Europol said.

In one European country, an individual was notified by phone of a relative hospitalized with the virus and then received a middle-of-the-night visit from individuals in protective gear posing as doctors who actually swabbed the victim's mouth. (I added to steal higher as report cited this example but did not stupidly say to steal in the example itself. (victim of what? did they steal stuff?)

European officials have warned the public to be wary of potential scam artists during the unprecedented and vulnerable times.

European Commission President Ursula von der Leyen noted recently that increased time online, for work or to while away days and weeks of confinement, means that criminals "exploit our concerns about the coronavirus."

"Our fear becomes their business opportunity," she said.