Business activity in the eurozone jumped at its fastest rate in 15 years this month, a closely watched survey said on Wednesday, as a reopened economy unleashed pent-up demand in Europe. 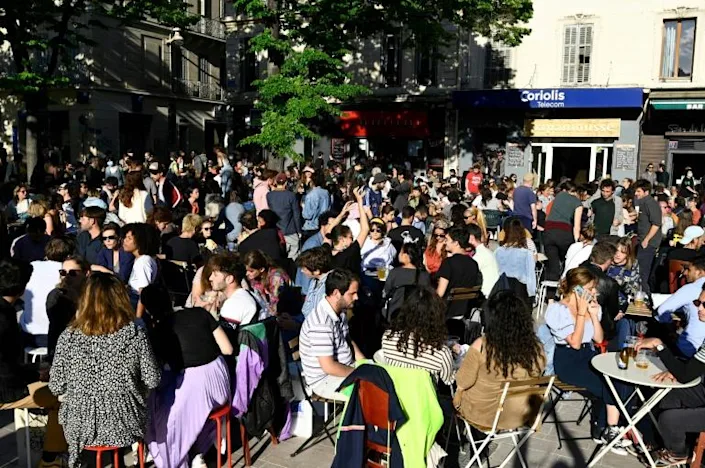 The eurozone's emergence from Covid restrictions has unleashed the economy. (Photo: AFP)

Economic data group IHS Markit said the "impressive progress" of vaccinations was jumpstarting the single-currency area, fuelled by eased restrictions that are at their lowest since September.

Accordingly, the firm's PMI index -- which shows the earliest trends in the manufacturing and service sectors -- said activity leapt from 57.1 in May to a booming 59.2 in June, far above the 50-point level that indicates growth.

The data set the scene for major growth in the second and third quarters, closing the chapter on a double-dip recession that came with the second wave lockdowns of last autumn and winter, the firm said.

IHS Markit said the explosive growth was creating its own spillover effects, with supply chains under pressure and prices reflecting the sharp increase in demand.

"The strength of the upturn –- both within Europe and globally -– means firms are struggling to meet demand, suffering shortages of both raw materials and staff," Williamson said.

Jack Allen-Reynolds, chief European economist at Capital Economics pointed to the demand for labour that "has shot up as large parts of the economy have opened at once, and this was never going to be an easy process."

The surge in inflation meanwhile will add to some of the pressure on the European Central Bank to tighten the cheap money taps that are aimed at spurring spending and investment.

ECB chief Christine Lagarde on June 10 said it was "too early" to consider winding down pandemic support, even as the economic recovery gathers steam and inflation surges.

"The problem with these surveys is that they measure the number of businesses that indicate higher prices, not the extent of it," said Bert Colijn, senior economist at ING.

"In this reopening phase, that might overstate expectations of the pace of inflation," he said.

Capital Economics also downplayed the impact of inflation, which "will drop back well below" the ECB's near two percent target next year, it predicted.