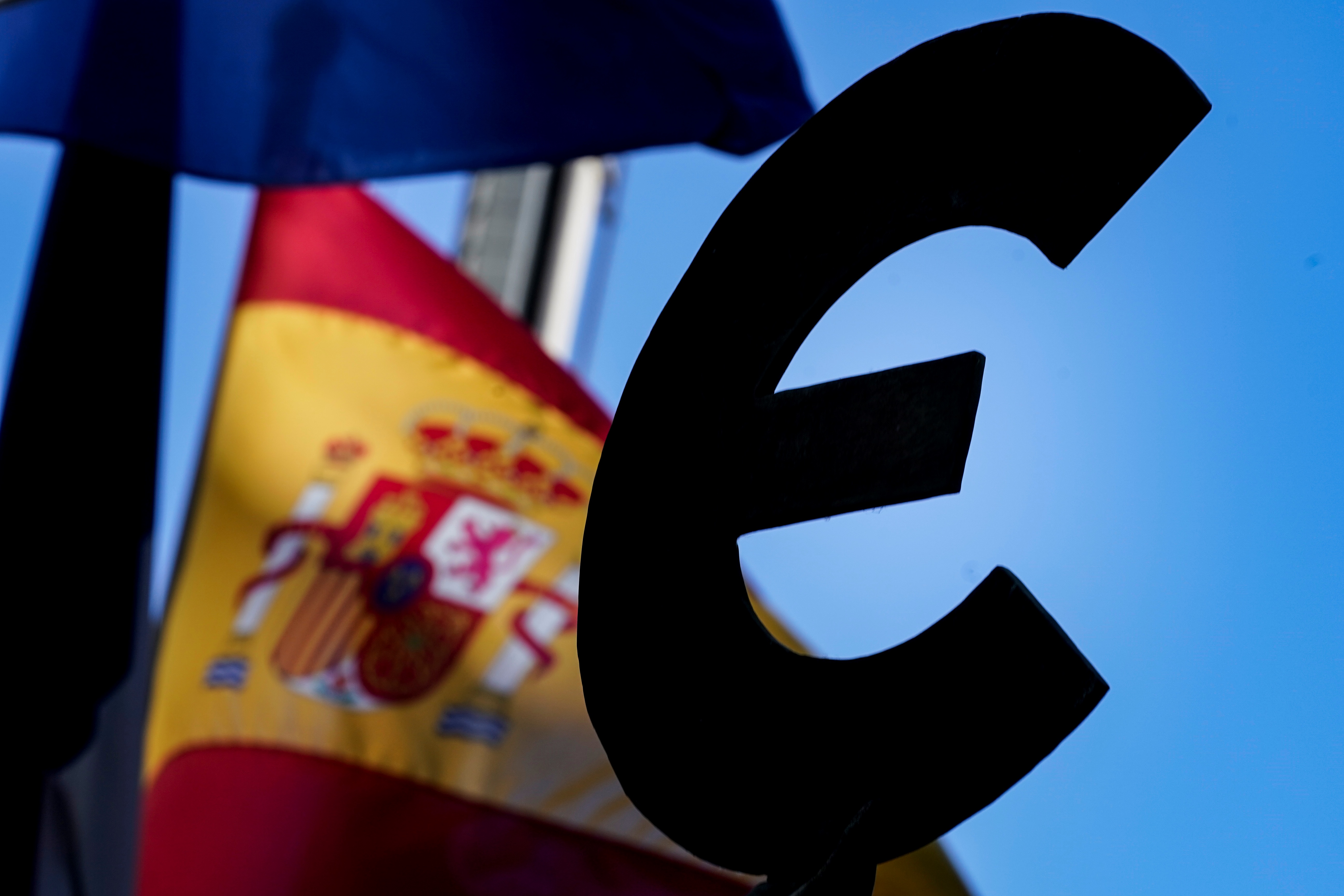 The Spanish national flag flutters in the aire near a statue of the Euro logo outside the European Commission building in Brussels, on May 28, 2020. (Photo: AFP)

The eurozone economy shrank less than expected in 2020 given the devastating consequences of the covid-19 pandemic, official data showed on Tuesday.

The Eurostat statistics agency said the eurozone economy shrank 6.8 percent in 2020, and 0.7 percent in the fourth quarter.

Though catastrophic, this was much better than the EU commission's forecast of 7.8 percent, made in November.

But early indicators show that the 19-countries that use the euro currency are now facing the prospect of a fresh recession after a recovery last summer was cut short by a second wave of the pandemic.

This is due to a halting start to the vaccination campaign in Europe and continued covid-related restrictions.

The better than expected figure for 2020, though still one of the worst in history, came largely from a better performance in Germany, Europe's biggest economy.

Germany's economy shrank by 5.0 percent in 2020 and even France in the end did better than expected with a slump of 8.3 percent, when a double digit crash was initially feared.

The agency said that the 27-member state EU economy as a whole shrank by 6.4 percent in 2020 and 0.5 percent in the fourth quarter.

The EU has yet to see the benefits of a 750 billion euro recovery fund whose first payouts will hit government coffers hopefully by the middle of the year.

For now, the European economy has been largely kept afloat by an unprecedented stimulus programme by the European Central Bank that has allowed eurozone nations to borrow cheaply on the markets to provide massive support.