WORLD Eurozone economy slows to its weakest level in 4 years

Eurozone economy slows to its weakest level in 4 years 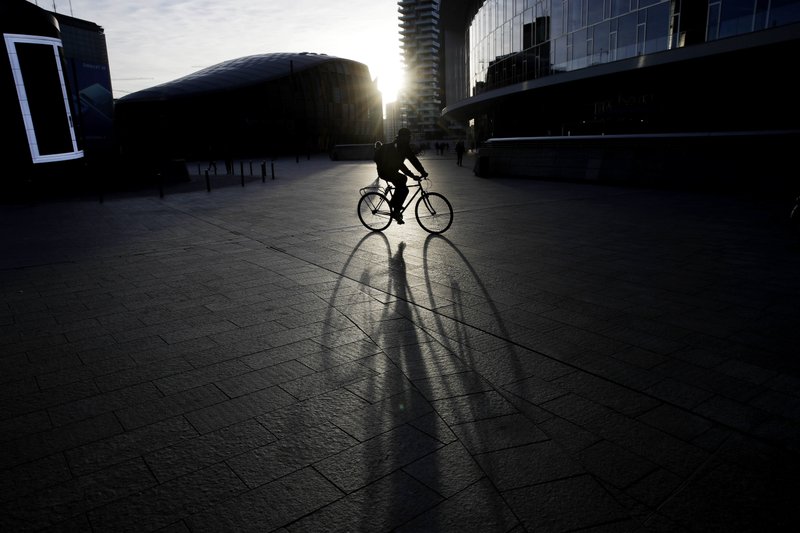 Economic growth across the 19-country eurozone slowed in the third quarter to its weakest level for over four years, likely due to the impact of new emissions standards for cars, particularly in Germany, and a stagnating Italian economy.

Statistics agency Eurostat said Tuesday that the eurozone economy expanded by only 0.2 percent in the July-September period. That’s half the previous quarter’s rate and below market expectations for another reading of 0.4 percent.

The quarterly performance is the worst since the second quarter of 2014, when growth was also 0.2 percent and hobbled by wide-ranging debt problems across the single currency bloc, notably in Greece.

Compared with the same quarter of the previous year, eurozone GDP rose by 1.7 percent, down from the previous quarter’s 2.2 percent.

Eurostat did not provide details as to why growth slowed so much. They will emerge in an updated estimate in mid-November.

But some elements behind the slowdown are already clear.

Recent Italian figures recently showed that growth in the eurozone’s third-largest economy ground to a halt during the third quarter, which makes life more difficult for the populist government there as it has based its planned public spending spree on the assumption of higher growth.

The Italian government is facing criticism and potential punishment from the EU’s executive Commission. Last week, the Commission rejected Italy’s draft budget, which raises the government deficit to 2.4 percent of annual GDP, three times the previously agreed-upon level. Italy must now submit a revised budget in November, but Rome appears to be standing firm.

The standoff over the Italian budget has revived concerns about the future of the eurozone after a three-year hiatus and in the wake of Greece’s exit from its bailout programs. And if recent history is anything to go by, worries about the integrity of the eurozone are likely to hurt growth.

“With budget discussions already tense between Rome and Brussels, this stagnation will only add to concerns,” said Bert Colijn, a senior economist at ING.

Another factor that’s likely to have weighed on eurozone growth is a disruption to the car market, especially in Germany, as a result of new emissions standards.

While that is expected to be a temporary factor, it’s clear that the economy is slowing after a couple of years of strong and broad-based growth. And few economists expect a pick-up next year, not least because of tensions in global trade. Trade disputes around the world, notably between the US and China, are more acute than they have been for decades and that’s potentially going to hurt the eurozone, where much of growth is based on exports.

And the prospect of a Britain leaving the European Union without a deal on future relations — a so-called “hard Brexit” — remains a source of uncertainty.

“In view of the falling sentiment indicators, it is anything but certain whether the underlying growth rate of the first half of the year will be reached again,” said Christoph Weil, a senior economist at Commerzbank. “The danger of a trade war between the US and China, the risk of a hard Brexit or the prospect of further economic slowdown in China could dampen companies’ willingness to invest.”

The euro fell after the publication of the growth data, to $1.1345 from $1.1370, as traders reined in expectations that the European Central Bank will start mulling interest rate rises anytime soon, especially if inflation remains benign. Inflation figures are due Wednesday.