Exasperated eurozone finance ministers were expected to fall in behind Brussels in the row over Italy's budget on Monday, setting the stage for an unprecedented clash. 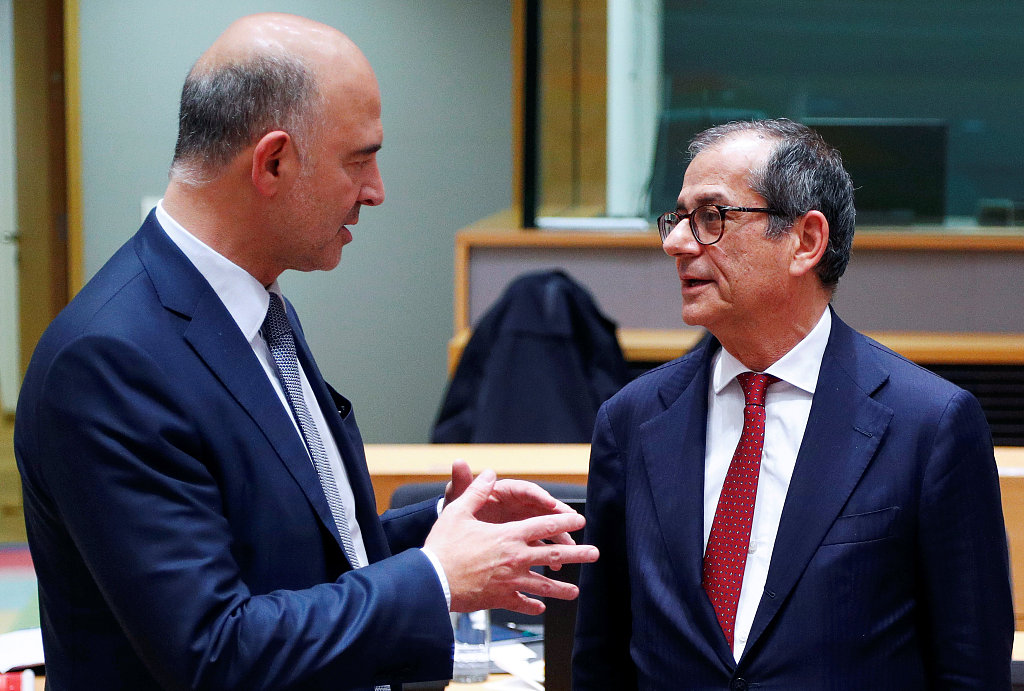 Italy's growth is down, its unemployment up and its debt colossal.This would already be more than enough to cause deep concern as eurozone finance ministers meet for the first time since Brussels rejected Rome's 2019 budget.But perhaps the most striking threat is not the grim economic data itself, but Rome's defiant attitude.Italy's populist government doesn't seem to want to play by the rules."Everyone is worried," a senior European Union official said, as several sources told AFP most of the 19 ministers would back the European Commission's tough stance.Members of the single currency bloc have flouted collective budget guidelines before, but none so "openly and consciously" as the unrepentant populist coalition south of the Alps.And this unprecedented provocation may draw an unprecedented response. If Prime Minister Giuseppe Conte's government doesn't fall into line, it could face huge fines."It would be inevitable," a senior European official told AFP.Italy, and in particular its far-right vice premier Matteo Salvini, is not planning to back down, and seems even to relish the opportunity to thumb its nose at Brussels.The government, a coalition of Salvini's League and the anti-establishment Five Star Movement, plans to run a public deficit of 2.4 percent of GDP: three times the target of its center-left predecessor.On October 23, the EU Commission sent Rome a letter rejecting the budget: a historic first, even if Italy is far from the first country to break the rules of the eurozone.Italy has until November 13 to submit a revised budget, and President Sergio Mattarella has promised a "constructive dialogue" with Europe's institutions.But Salvini's response was stark: "No little letter will make us back down. Italy will never kneel again."Italy's jobless rate is more than 10 percent, way above the eurozone average, and growth in the third quarter of this year ground to a halt at a stagnant zero percent.