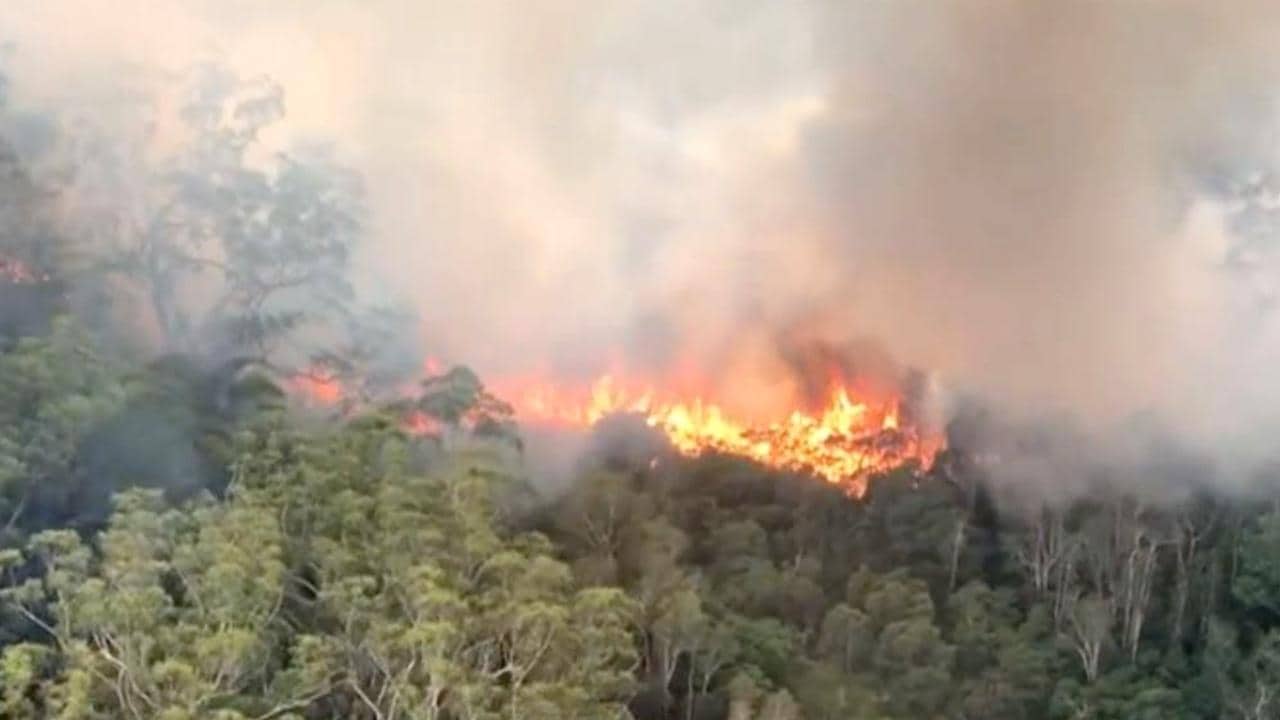 Firefighters are continuing to battle the blaze, assisted by water bombing aircraft which have dropped almost one million litres in the past 24 hours. (Photo: Queensland Fire and Emergency Services)

SYDNEY, Dec. 7 (Xinhua) -- Residents on Australia's Fraser Island were instructed to evacuate as an out of control bushfire threatened lives in a region known as Happy Valley.

Warnings remained in place on Monday for residents in Happy Valley to "leave immediately" as firefighters struggled to stop the spread of the blaze, using aerial water bombing aircraft and on the ground containment measures.

"Conditions are now very dangerous and firefighters may soon be unable to prevent the fire advancing. The fire may pose a threat to all lives directly in its path," Queensland Fire and Emergency Services (QFES) said in a statement.

"Leaving immediately is the safest option, as it will soon be too dangerous to drive."

The fire has already consumed more than half of the World Heritage listed Fraser Island, which sits off the eastern coast of Queensland State.

It is one of the most significant blazes Australia has seen since the previous "black summer" fire season which destroyed thousands of homes and claimed over 30 lives.

As the world's largest sand island, Fraser Island's inaccessibility has proved a challenge for fire crews, who also faced adverse conditions in the form of high temperatures and winds.

On Monday, authorities in the neighboring state of New South Wales sent a large air tanker named The Marie Bashir to assist with containing the fire.