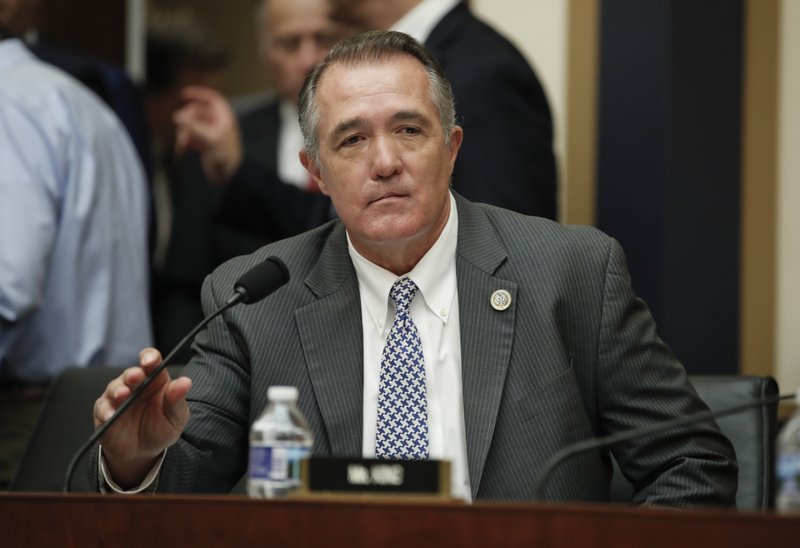 A former aide to Republican Rep. Trent Franks has told The Associated Press the congressman repeatedly pressed her to carry his child, at one point offering her $5 million to act as a surrogate.

The eight-term Arizona lawmaker abruptly resigned Friday, bowing to an ultimatum from Speaker Paul Ryan. Ryan told Franks that he would refer the allegations to the Ethics Committee, and urged him to step aside.

The former staffer said the congressman asked at least four times if she’d be willing to act as a surrogate in exchange for money. Franks, in his statement announcing his resignation, said he and his wife have struggled with infertility.

The Associated Press verified the identity of the staffer, who asked that her name be withheld out of concern for her privacy, and confirmed that she worked in Franks’ office.

Rep. Trent Franks says he is resigning immediately instead of at the end of January.

The Arizona Republican had announced only Thursday that he would leave the House over accusations that he asked two former aides to bear his child as surrogate mothers.

But he issued a statement Friday saying he would leave Congress immediately. He said his wife was hospitalized in Washington for “an ongoing ailment” and that it would be “the best thing for our family” to resign immediately.

In his original announcement, Franks said he had never physically intimidated, coerced or attempted to have any sexual contact with any member of his congressional staff.

He acknowledged discussing surrogacy with former aides however.

Franks and his wife have struggled with infertility.

Arizona Gov. Doug Ducey will wait until Republican Rep. Trent Franks’ resignation takes effect at the end of January before setting dates for a special election on a midterm replacement.

Franks has announced his intention to resign after revealing he discussed surrogacy with two female staffers.

Franks’ letter to Ducey states that his resignation from the 8th Congressional District seat is effective at 5 p.m. EST on Jan. 31.

Arizona officials are trying to figure out when to hold a special election to pick a midterm replacement for Republican congressman Trent Franks.

Franks has announced his intention to resign after revealing he discussed surrogacy with two female staffers.

Franks’ letter to Republican Gov. Doug Ducey states that his resignation from the 8th Congressional District seat is effective at 5 p.m. EST on Jan. 31.

Ducey’s spokesman says his office is researching whether Ducey should wait to schedule the special elections until after the resignation takes effect.

Several Republicans in Arizona are expressing interest in Rep. Trent Franks’ seat after he said he would resign. Franks revealed Wednesday he discussed surrogacy with two female staffers.

One is Bob Stump, a former member of Arizona’s House and past statewide-elected utility regulator. Stump announced his candidacy Thursday night on Twitter after Franks said he would resign.

The eight-term Republican lawmaker is an anti-abortion conservative. His district is heavily Republican.