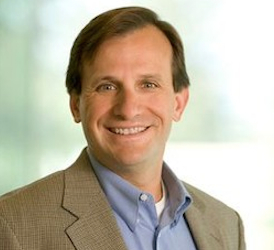 The former chief executive of medical device company ArthroCare Corp was sentenced on Friday to 20 years in prison after being convicted of having orchestrated what federal prosecutors called a $750 million securities fraud.

Michael Baker, 58, was sentenced by U.S. District Judge Sam Sparks in Austin, Texas after a federal jury in August found him guilty of securities fraud, wire fraud and other charges, the U.S. Justice Department said.

That trial came after a federal appeals court in January 2016 overturned an earlier conviction of Baker and Michael Gluk, ArthroCare’s former chief financial officer, after finding that evidence was improperly excluded from the initial 2014 trial.

At the time, Baker and Gluk had been serving respective prison terms of 20 years and 10 years.

Gluk subsequently in June pleaded guilty to conspiracy to commit wire and securities fraud and testified against Baker at his re-trial, according to court papers Baker’s attorneys filed Oct. 23.

In addition to the prison term, Sparks also ordered Baker, an Austin resident, to pay a $1 million fine and forfeit $13.7 million, the Justice Department said. Lawyers for Baker did not respond to a request for comment.

Prosecutors said that Baker, along with others, from 2005 to 2009 schemed to prop up ArthroCare’s stock price by artificially inflating sales and revenue through a series of quarter-end transactions with distributors.

Two other ex-ArthroCare executives, John Raffle and David Applegate, pleaded guilty to felonies in 2013 in connection with their involvement in the scheme. They are serving prison terms of 80 months and 60 months, respectively.

ArthroCare agreed in January 2014 to pay a $30 million penalty and enter a deferred prosecution agreement to end a Justice Department probe.