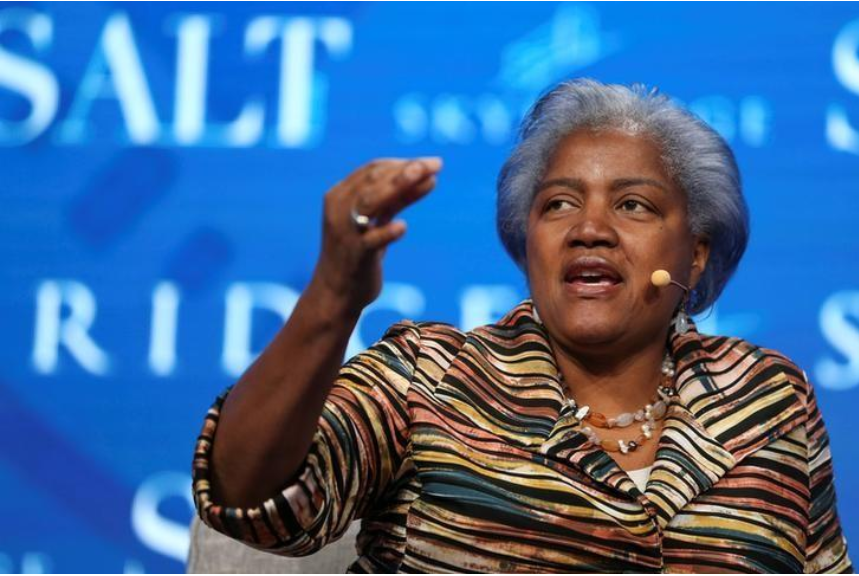 The former head of the U.S. Democratic National Committee on Sunday defended her assertion that she had seriously considered proposing to replace Hillary Clinton as the party’s 2016 presidential nominee, and said her critics could “go to hell.”

Donna Brazile has written in a soon-to-be-published book that she thought about working to replace Clinton with then-Vice President Joe Biden after the nominee almost collapsed at an event on Sept. 11, 2016.

In an interview on Sunday with ABC’s “This Week,” Brazile said she had supported Clinton but felt under pressure to come up with a “Plan B” after the candidate collapsed and many people were calling the DNC to ask about the incident.

“I wanted her to win, but we were under pressure,” Brazile said. “For those who are telling me to shut up ... you know what I tell them? Go to hell. I‘m going to tell my story.”

Her book, “Hacks: The Inside Story of the Break-ins and Breakdowns that put Donald Trump in the White House,” is set for release on Tuesday by Hachette Books.

About 100 former Clinton campaign staffers have signed an open letter saying they were shocked to learn in Brazile’s upcoming book that she considered trying to replace both Clinton and Democratic vice presidential nominee Tim Kaine.

Clinton, a former U.S. senator and first lady, beat Senator Bernie Sanders for the Democratic nomination but lost the election to Republican Donald Trump in November 2016.

She nearly fainted at a New York memorial ceremony for the Sept. 11, 2001, attacks. Her doctor said she had been diagnosed with pneumonia two days earlier, and she took several days off from campaigning.

Brazile’s comments on ABC revealed tensions with Clinton’s campaign staff. ”I got sick and tired of people trying to tell me how to spend money,“ she said. ” ... I wasn’t getting a salary. I was basically volunteering my time.

“I‘m not Patsey the slave,” Brazile said, referring to a character in the film “12 Years a Slave.”

But Brazile said she had found no evidence that the Democratic primaries were rigged, a comment at odds with an article she wrote in Politico this week saying the process had been fixed in favor of Clinton, who had signed a fundraising agreement with the DNC in 2015.