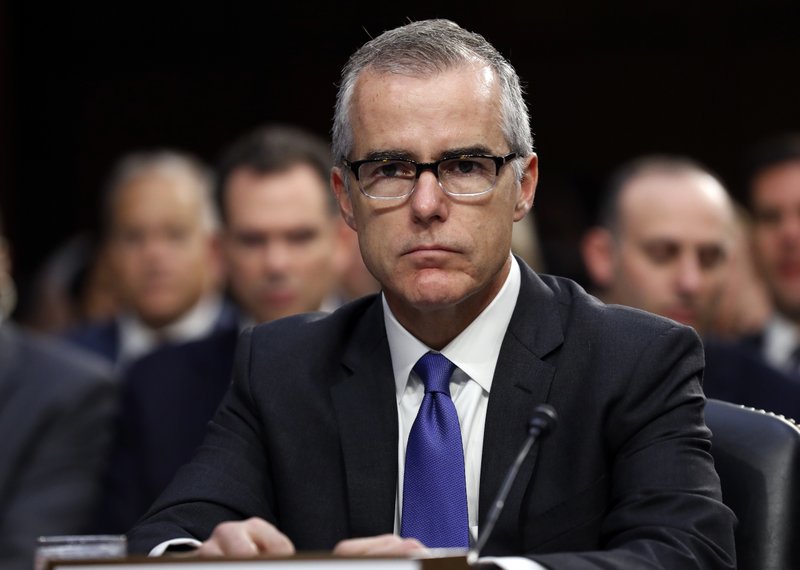 Former FBI Deputy Director Andrew McCabe, a frequent target of President Donald Trump’s ire, sued the FBI and the Justice Department on Thursday over his firing.

The lawsuit, the second this week from an ex-FBI official challenging the circumstances of his termination, says the firing was part of Trump’s plan to rid the bureau of leaders he perceived as disloyal to him. The complaint contends that the two officials responsible for demoting and then firing McCabe — FBI Director Chris Wray and former Attorney General Jeff Sessions — created a pretext to force him out in accordance with the president’s wishes.

“Trump demanded Plaintiff’s personal allegiance, he sought retaliation when Plaintiff refused to give it, and Sessions, Wray, and others served as Trump’s personal enforcers rather than the nation’s highest law enforcement officials, catering to Trump’s unlawful whims instead of honoring their oaths to uphold the Constitution,” the lawsuit says.

The federal complaint also contends the FBI and Justice Department strayed from established policies, with Wray refusing to tell McCabe why he was being fired and a senior Justice Department lawyer telling McCabe’s own lawyer that they were “making it up as we go along.”

Spokespeople for the FBI and Justice Department declined to comment.

McCabe was fired in March 2018 after a Justice Department inspector general report found he had repeatedly misstated his involvement in a news media disclosure regarding an FBI investigation into the Clinton Foundation. The watchdog office referred the matter to the U.S. Attorney’s Office in Washington, which has been investigating.

McCabe has denied any wrongdoing, and said that when he felt his answers were being misunderstood, he tried to correct them.

On Tuesday, former FBI agent Peter Strzok, who was fired over derogatory text messages he sent about Trump, also sued. He said the FBI had been influenced by “unrelenting pressure” from the president when it fired him.