CHICAGO, June 19 (Xinhua) -- The ex-girlfriend of Brendt Christensen, the man accused of kidnapping and killing visiting Chinese scholar Zhang Yingying in 2017, testified Wednesday in court about conversations that were recorded while she was wearing a wire for the Federal Bureau of Investigation (FBI). 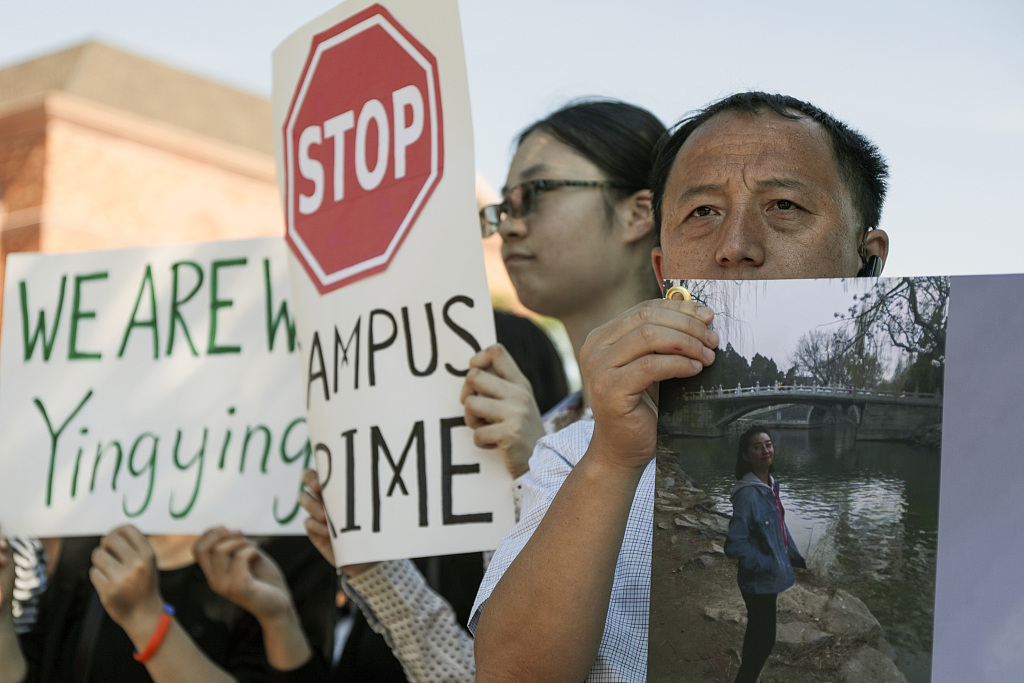 The sixth day of testimony in the trail of the slaying of the Chinese scholar started Wednesday afternoon at a federal courthouse in Peoria, in the U.S. state of Illinois, with thirteen witnesses having been called in the previous five sessions.

The News Gazette reported Christensen's ex-girlfriend Terra Bullis took the witness stand to describe their relationship and how she came to wear a wire for FBI investigators. Bullis and Christensen were dating while Christensen was married. He and his wife had an open relationship.

"When I care about someone, I truly care about them," Bullis said. "But I also cared about this missing person. And it's incredibly painful."

Bullis said she was approached by FBI agents less than a week after Zhang went missing.

They told her about the disappearance and their belief that Christensen may have been involved. She was given two recording devices, resembling a coffee mug and a Post-it note, and agreed to record their conversations.

"I was attracted to this person and I wanted to know if they'd done anything or not," she testified. "He spoke rather freely with me, so if I continued speaking freely with him, things might come up."

Prosecutors have alleged Christensen took Zhang back to his apartment, where he raped, beat and decapitated her, according to a statement Christensen made to Bullis as they attended a memorial vigil for Zhang.

"I was afraid if it seemed like I knew too much ... I might not be safe myself," Bullis said.

Bullis said she made nine recordings for the FBI. Audio clips from several of those recordings were played to jurors in court Wednesday.

Zhang, a 26-year-old visiting Chinese scholar at the University of Illinois at Urbana-Champaign (UIUC), went missing on June 9, 2017, after getting into a black Saturn Astra about five blocks from where she got off a bus on her way to an apartment complex to sign a lease.

Police arrested Christensen, a former UIUC doctoral student, on June 30, 2017, and charged him with kidnapping, torturing and killing Zhang. He has pleaded not guilty.