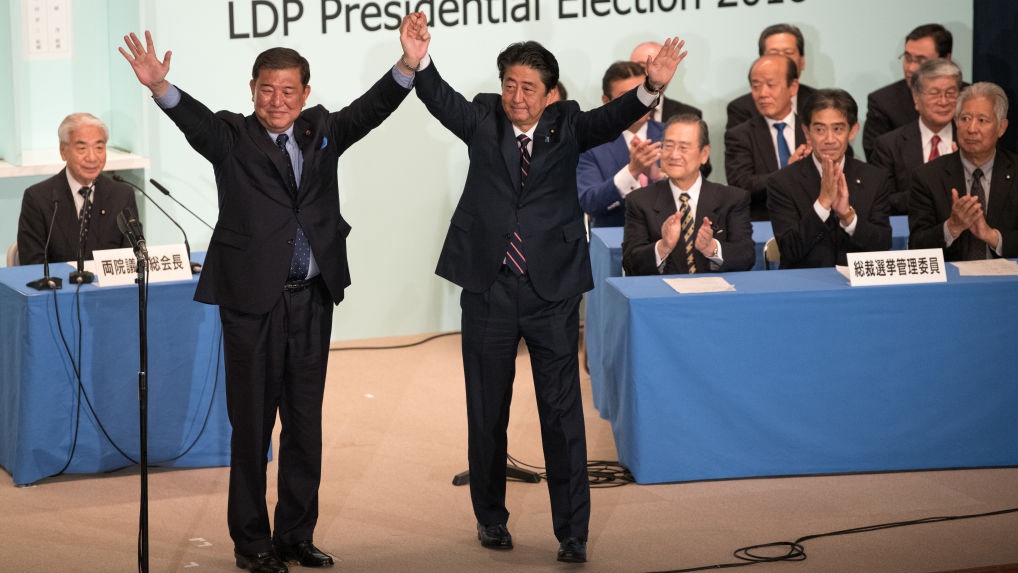 Former Japanese Defense Minister Shigeru Ishiba is the most popular choice among the public to be the next prime minister, media opinion polls showed, as the race kicks off to succeed Shinzo Abe after his abrupt resignation last week.

Ishiba has about 34 percent of the public's support, more than double the 14 percent for Chief Cabinet Secretary Yoshihide Suga, the second-most popular choice, a weekend Kyodo News survey showed.

Suga – a longtime lieutenant of Abe's in a key supporting role – is expected to get the backing of the faction led by LDP Secretary-General Toshihiro Nikai and of other major factions, local media reported, putting him in a favorable position.

That would make it an uphill battle for Ishiba, a vocal Abe critic who unsuccessfully challenged the outgoing premier in the last LDP leadership race in 2018 and is considered less popular within the party.

Abe's resignation announcement on Friday, citing the worsening of a chronic illness, set the stage for the party leadership election, which public broadcaster NHK said was likely to place around September 13 to 15.

The LDP president is virtually assured of being prime minister because of the party's majority in the lower house of parliament.

Finance Minister Taro Aso, himself a former prime minister and long considered a likely successor to Abe, has announced he will not stand.
Abe's successor could be a caretaker figure given that the LDP will hold another leadership election in September 2021, with general elections likely the following month.