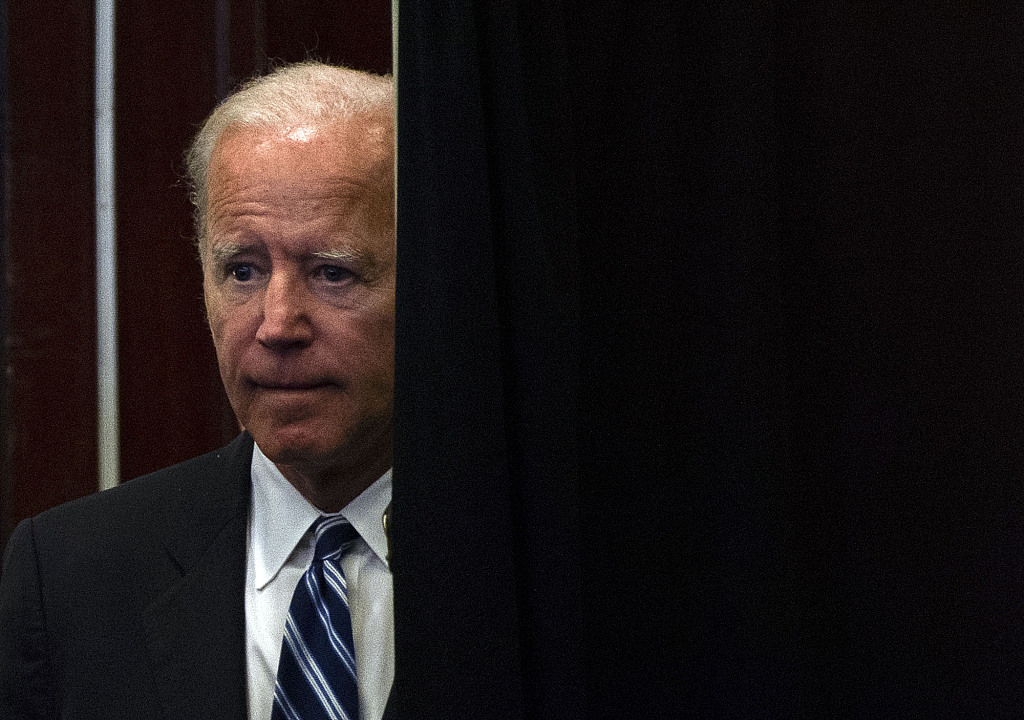 In this file photo taken on March 12, 2019, former US Vice President Joe Biden speaks at the International Association of Fire Fighters conference in Washington, DC on March 12, 2019. (Photo: VCG)

Joe Biden, who is leading polls for the Democratic presidential nomination, on Friday faced a misconduct accusation by a Nevada ex-lawmaker claiming the then-vice president inappropriately kissed her before a campaign event.

Lucy Flores, the state's Democratic nominee for lieutenant governor in 2014, said she was beside the stage awaiting her turn to address a rally when Biden put his hands on her shoulders from behind, then leaned in and smelled her hair.

"I was mortified," Flores, 39, recounted in New York magazine.

"He proceeded to plant a big slow kiss on the back of my head," she added.

"My brain couldn't process what was happening. I was embarrassed. I was shocked. I was confused," and "I wanted nothing more than to get Biden away from me."

It was unclear just how the accusation might impact Biden's decision to officially enter the race. Those close to the Democrat have reportedly said Biden, 76, could announce his plans in April.

Biden's spokesman Bill Russo said Friday that Biden was "pleased" to support Flores's candidacy, but does not recall the incident.

"Neither then, nor in the years since, did he or the staff with him at the time have an inkling that Ms Flores had been at any time uncomfortable, nor do they recall what she describes," Russo said in a statement.

He added that Biden "believes that Ms Flores has every right to share her own recollections and reflections, and that it is a change for better in our society that she has the opportunity to do so."

Biden's overly familiar approach with women has been a subject of discussion for years.

He has had a reputation for awkwardly touching the wives, mothers or daughters of senators during swearing-in ceremonies, and he came under criticism for massaging the shoulders of new defense secretary Ash Carter's wife in 2015.

Biden's behavior is receiving renewed attention in the #MeToo era, when the movement against sexual assault has led to the downfall of dozens of politicians, entertainment figures and businessmen.

At a Democratic Party dinner in Delaware this month, he acknowledged how his physical style has raised questions.

"I'm a tactile politician, always have been. That's what gets me in trouble as well," Biden said.

Flores wrote that the celebrated Democrat ignores the "power imbalance" that exists between Biden and the women he touches.

"Even if his behavior wasn't violent or sexual, it was demeaning and disrespectful," she added.