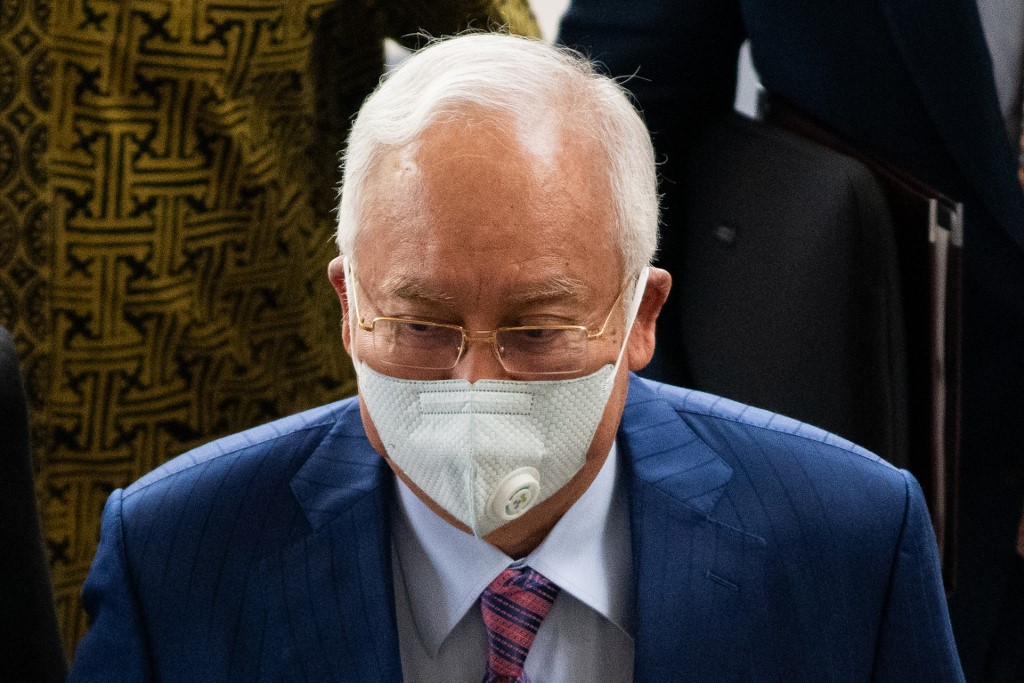 Malaysia's former prime minister Najib Razak wears a face mask as he arrives for his corruption trial at the High Court in Kuala Lumpur on May 19, 2020. (Photo: AFP)

A Kuala Lumpur High Court judge said the Inland Revenue Board (IRB), the country's tax collection body, was entitled to collect the unpaid taxes for the period of 2011 to 2017, state news agency Bernama reported.

A summary judgment is where a court decides a case through arguments without hearing the testimony of witnesses in a trial.

The judge said that when a notice of tax assessment from the IRB, which requires payment to be made to the board, is served to taxpayers, they have to pay the amount sought, and this includes Najib as well, as everyone is equal before the law.

Najib would be allowed to appeal the amount to the Special Commissioner of Income Tax, a tribunal of appeals in hearing and determining appeals from tax payers pursuant to the country's tax laws.

The government through the IRB filed the suit against Najib last year, seeking him to pay the unpaid taxes with interest at 5 percent a year from the date of judgment, as well as costs and other relief deemed fit by the court.

Najib has been slapped with dozens of other charges for corruption, money laundering, power abuse and criminal breach of trust involving millions of ringgit since his ruling coalition lost power in the national elections in 2018.

He has pleaded not guilty to all the charges.

The verdict on one of the trials, SRC International, a former unit of state investment fund 1Malaysia Development Berhad (1MDB), will be delivered on July 28.