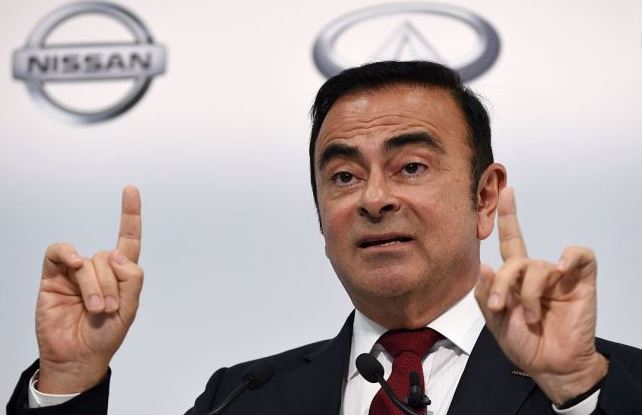 The automotive heavyweight was served with a fresh arrest warrant for allegedly under-reporting 9 billion yen ($83 million) of his remuneration during the three years through March 2018.

Ghosn was initially arrested on Nov. 19 last year for allegedly understating about 5 billion yen ($45 million) of his 10-billion-yen compensation during the five years through March 2015.

On Thursday, Japan's securities watchdog filed a complaint against the ousted chairman and the company itself, over suspicions the embattled former chief doctored remuneration reports.

According to the Securities and Exchange Surveillance Commission, both Ghost and Nissan are alleged to have under-reported Ghosn's pay package in the company's securities reports presented to Japanese regulators.

Both Ghosn and Nissan have been accused of violating Japan's Financial Instruments and Exchange Act for the misstatements submitted during the three years in question.

Ghosn, who holds Brazilian, French and Lebanese citizenship, has been kept at the Tokyo Detention House facility since his arrest on Nov. 19.

On Wednesday, the Tokyo District Court rejected a request filed by Ghosn's defense counsel to end his detention following his arrest on allegations of financial misconduct.

The court's decision came a day after Ghosn appeared in court, the first public appearance since his arrest. He robustly maintained his innocence regarding all allegations of financial improprieties.

His chief lawyer has said that Ghosn could theoretically be detained for a minimum of another six months, citing the complexities of the case and said that bail is unlikely to be granted as he has unequivocally denied all allegations against him.

Sources close to the matter said Friday, however, that his legal team would likely seek bail for their client, despite a Tokyo judge believing Ghosn may destroy evidence and flee the country, if bail is granted.