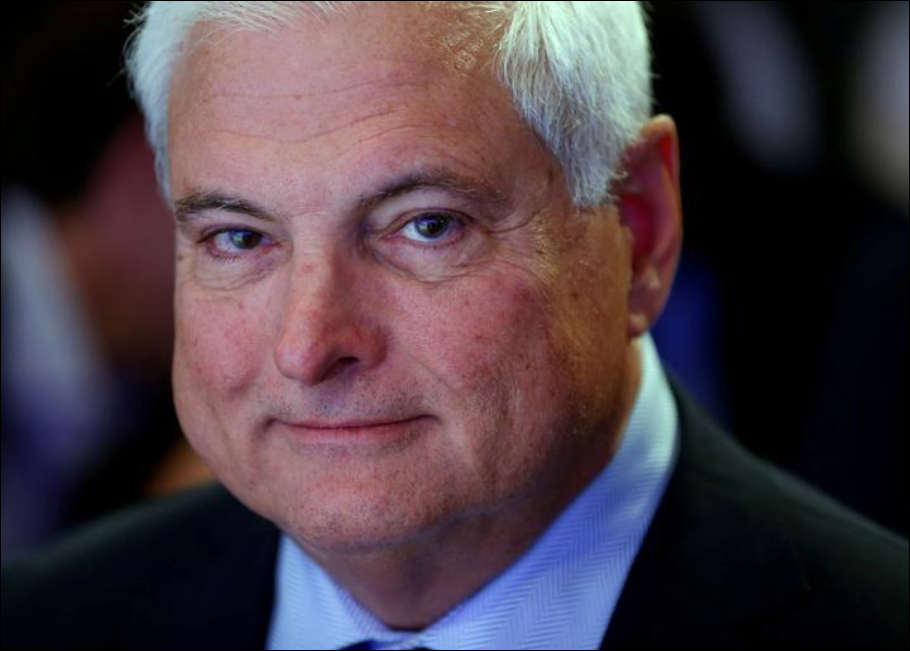 President of Panama, Ricardo Martinelli smiles during a session at the annual meeting of the World Economic Forum (WEF) in Davos, Switzerland on January 23, 2014. (Photo: Reuters)

Former Panama president Ricardo Martinelli, jailed in Miami on spying charges while awaiting extradition to his home country, said in a letter released Friday that the United States reneged on promises from some US officials to offer him a safe-haven.

“After years of friendship with this country, I did not expect to be thrown in a US jail,” he wrote in a letter dated May 14 and released by a spokesman.

Martinelli was jailed last year in the United States after Panama requested extradition on charges that he used public money to spy on more than 150 political rivals during his 2009-2014 term.

A US court authorized the extradition last year, and Martinelli last month maintained his innocence but said he would stop fighting the proceedings for judgment in Panama.

In the four-page letter, Martinelli says Panamanian President Juan Carlos Varela, a former ally, had sought political revenge, and that he expected the United States to offer “protection” from Varela’s government.

He also detailed examples of assisting the United States to curb cross-border crime, such as halting a North Korean ship traveling from Cuba with planes, missiles and radar.

“When the CIA requested that I stop a North Korean ship leaving Cuba that was crossing the Panama Canal, I did not blink an eye,” the letter states.

Martinelli, a wealthy supermarket magnate, also said he understood that high-ranking US officials had agreed to let him settle in the United States “without fear.”

“I was under the impression that promises made by such government officials could be relied upon. I was mistaken,” he added in the letter, which was addressed to the “government and people of the United States”.