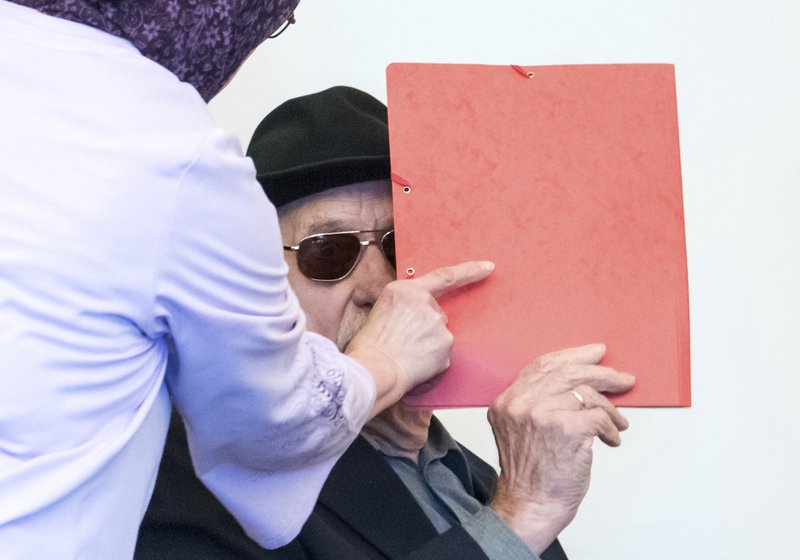 A 93-year-old former guard at the Nazis’ Stutthof concentration camp testified at his trial Friday that he once saw people being led into the gas chamber, followed by screaming and banging sounds behind the locked door.

Bruno Dey, a former SS private, went on trial Oct. 17 at the Hamburg state court. He faces 5,230 counts of accessory to murder for killings while he was at Stutthof from 1944 to 1945.

Asked Friday by the presiding judge what exactly he saw from his sentry’s watchtower, Dey replied: “That people were led in, into the gas chamber, that the door was locked,” news agency dpa reported.

He said he heard screams and banging shortly after, but added: “I didn’t know that they were being gassed.”

“I didn’t see anyone come out,” he said.

He testified that, on another occasion, he saw a group of 10 or 15 men being led into the gas chamber, but they then came out and were taken to the crematorium building by people in white overalls. He heard that the prisoners were supposed to work outside the camp and had to be checked first, he said.

Dey said he and around 400 other soldiers were brought to Stutthof in June or July 1944 and he didn’t know at the time what kind of people were incarcerated there. He said he heard only “rumors” that they included political prisoners and Jews.

Though there is no evidence that Dey was involved in a specific killing at the camp near Danzig, today the Polish city of Gdansk, prosecutors argue that as a guard he helped the camp function.

Despite his age, Dey is being tried in a juvenile court because he was 17 when he started serving at Stutthof.

He faces a possible six months to 10 years in prison if convicted. There are no consecutive sentences under German law.