Ex-Trump adviser Flynn to be sentenced on December 18: court filing 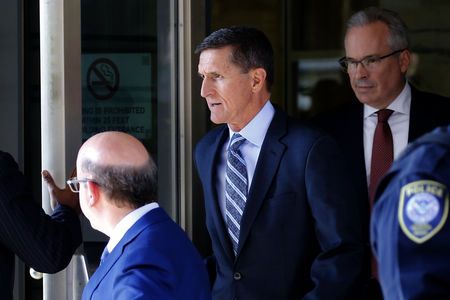 A judge on Wednesday scheduled Flynn’s sentencing for Dec. 18, more than a year after he pleaded guilty to lying to the FBI.

The move comes just days after prosecutors working for special counsel Robert Mueller said they were ready for Flynn’s case to conclude after months of delays.

Flynn has been a key cooperator in the probe into Russian interference in the 2016 election, but prosecutors have yet to detail the extent of the information he shared.

He was forced to resign in February 2017.