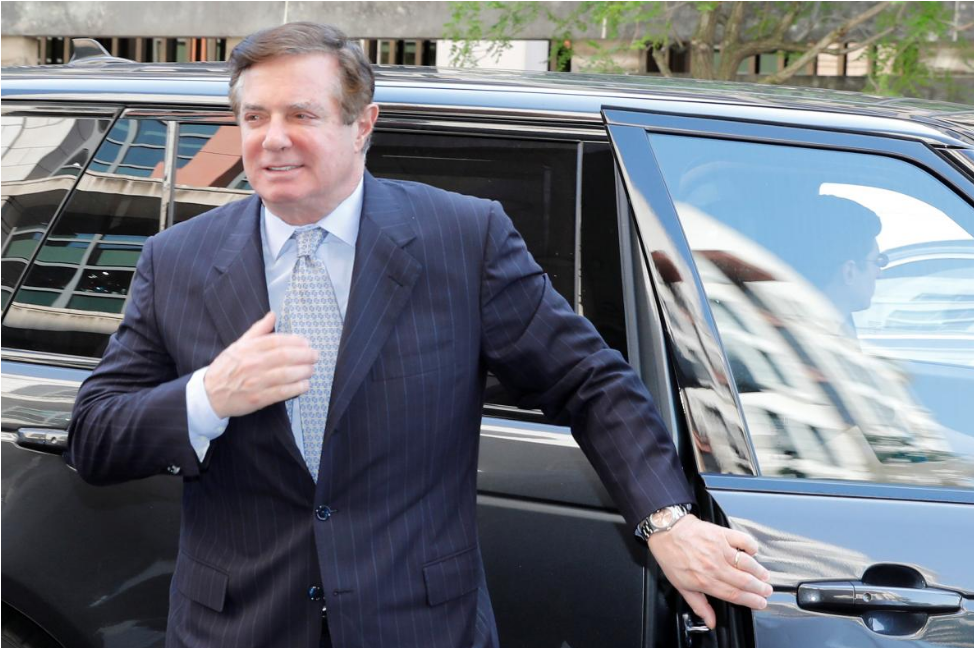 US President Trump's former campaign manager Paul Manafort arrives for a motions hearing regarding evidence in his case at US District Court in Washington, US, May 23, 2018. (Photo: Reuters)

The hearing before US District Judge Amy Berman Jackson is Manafort’s latest bid to hinder the criminal case against him, though last week Jackson refused to dismiss the charges that include conspiring to launder money, conspiring to defraud the United States and failing to register as a foreign agent.

The hearing was expected to go well into the day, and as it began, Jackson expressed some skepticism about Manafort’s argument that the searches were illegal.

Manafort’s lawyers were set to tell Jackson that FBI agents unlawfully conducted an initial warrantless search of a storage locker housing documents from his consulting company by improperly getting a low-level staffer to unlock it and let a special agent look around.

They also planned to challenge the legality of an FBI raid on Manafort’s Virginia home, saying agents conducted an overly broad search by seizing “every electronic and media device” there. Manafort is asserting that his rights under the Constitution’s Fourth Amendment were violated.

Mueller’s office has defended the legality of the FBI raids, saying that the agents had secured written consent from the storage unit’s lease-holder and that the warrant used to search Manafort’s home was not overly broad.

Manafort performed lobbying work for a pro-Russian former Ukrainian president before serving as Trump’s campaign chairman in 2016. He has pleaded not guilty.

In a second case bought by Mueller in Virginia, Manafort faces charges including bank fraud and filing false tax returns. The two indictments against Manafort arose from Mueller’s ongoing investigation into potential collusion between Trump’s 2016 campaign and Russia.

None of the charges against Manafort relate to his Trump campaign activities. Trump has denied that his campaign colluded with Russia and called Mueller’s investigation, which could threaten his presidency, a “witch hunt.”

Jackson has yet to rule on two other pending motions by Manafort to dismiss particular criminal counts, including money laundering.

Separately, US District Judge T.S. Ellis is considering Manafort’s request to have the Virginia charges dismissed.

Ellis last month aggressively questioned prosecutors about whether the special counsel had exceeded his authority and asked for a sealed, unredacted copy of an August 2017 memo by Rod Rosenstein, the No. 2 Justice Department official, delineating the scope of Mueller’s probe.

Mueller’s office delivered the memo to Ellis last week, and Ellis’s tough questioning may not signal how he eventually will rule.