Exchange of fire across Gaza border after tunnel into Israel discovered 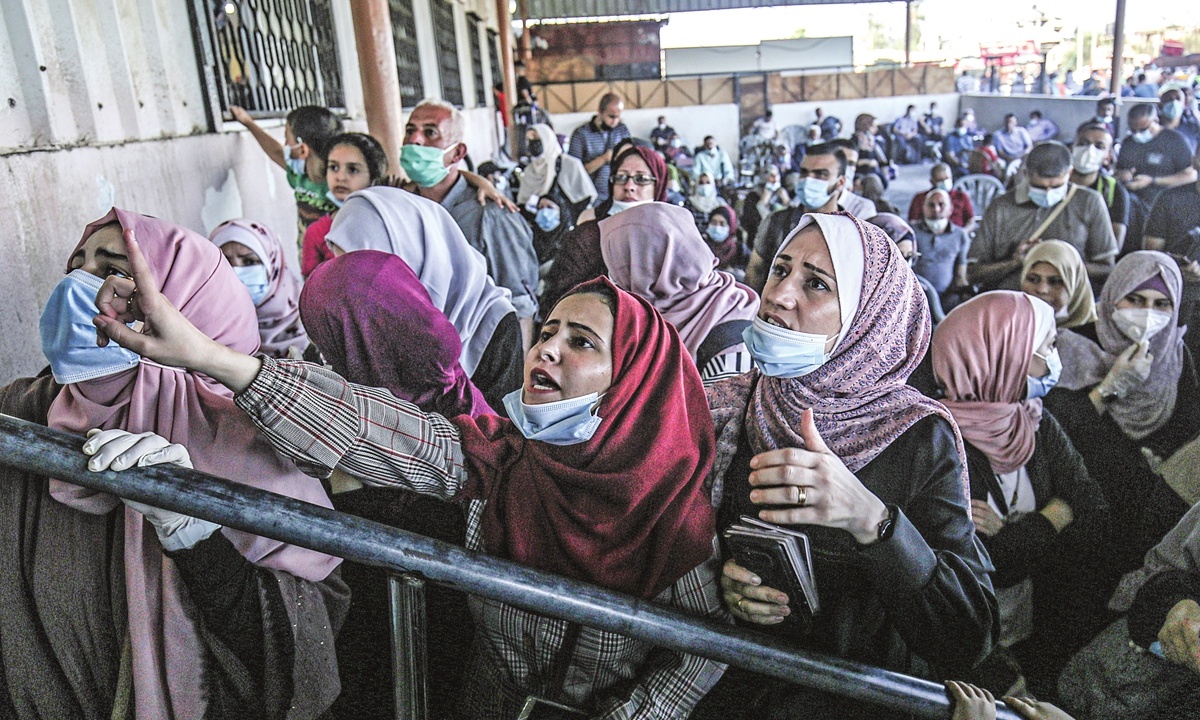 Palestinians, mask-clad due to the coronavirus pandemic, wait to cross to the Egyptian side at a border crossing in the southern Gaza Strip city of Rafah on Sunday. (Photo: AFP)

Israel on Tuesday retaliated with airstrikes against a rocket fired from the Gaza Strip, after it said it had discovered a tunnel leading from Palestinian into Israeli territory, the army said.

Palestinian security sources said the aircraft hit two targets in Khan Yunis and Deir al-Balah belonging to Hamas, the Islamist movement hostile to Israel that has held power in Gaza since 2007.

The IDF had earlier said that the rocket fired from the Khan Yunis area "was intercepted by the Iron Dome" aerial defense system, without indicating if it had caused any casualties or damage.

There was no immediate claim of responsibility.

Several hours before the exchange of fire, the Israeli army announced it had found on Tuesday a tunnel that crossed "dozens of meters into Israel from Gaza."

Army spokesperson Jonathan Conricus said the tunnel was a violation of Israel's sovereignty.

He said Israel did not know who had dug the tunnel, but said it held Hamas responsible for all activity in the Palestinian enclave.

The tunnel was discovered thanks to underground sensors near the border, the army statement said, adding that "there was no threat to nearby Israeli communities."

Israeli Prime Minister Benjamin Netanyahu said in a statement that Israel would "continue to take determined action... against any attempt to attack our sovereignty or our citizens."

Authorities have discovered some 20 tunnels originating from Gaza since 2014, Conricus said.

In August, militants in the Gaza Strip launched a string of incendiary balloons and rocket attacks toward Israel, which responded with air strikes on the enclave.

Hamas and Israel reached an agreement at the end of the month to cease hostilities, although attacks continued.

The deal, mediated by Qatar, aimed to put back on track a fragile Egyptian-brokered truce.

Israel has fought three wars with Hamas since 2008 and there have been numerous flare-ups.