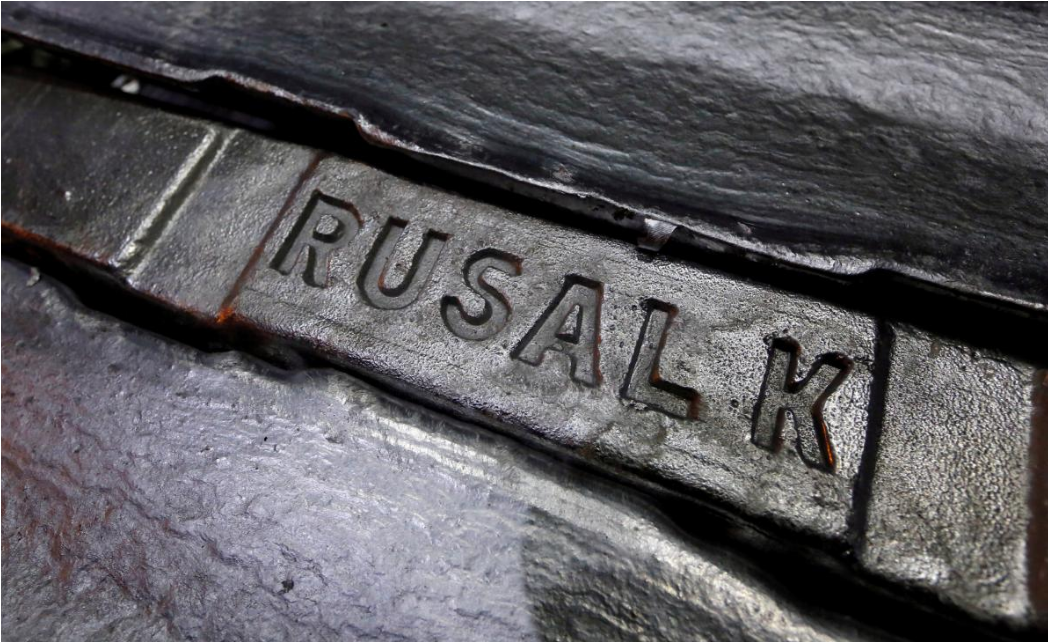 Aluminium ingots are seen stored at the foundry shop of the Rusal Krasnoyarsk aluminium smelter in the Siberian city of Krasnoyarsk, Russia November 9, 2017. (Photo: Reuters)

Russian metals giant Rusal  will overhaul its board and management in hopes of persuading the United States to lift sanctions but it may be forced to halt aluminum exports for good if the plan fails, sources close to the company said.

Washington this month imposed sanctions on billionaire Oleg Deripaska and several companies in which he is a large shareholder, including Rusal, in response to what the United States called Russia’s “malign activities.”

Two sources familiar with the matter told Reuters on Friday that Rusal would soon appoint a fully independent board that in turn would install a new management team in the hope that the United States would remove the firm from its sanctions list.

“Rusal is in touch with US authorities and hopes the measure will be enough for them to be removed from the sanctions list,” one of the sources said.

In another response to the US sanctions, Deripaska’s En+ Group , which manages his hydropower assets and holds his 48 percent stake in Rusal, said late on Friday that Deripaska had agreed in principle to reduce his stake in En+ to less than 50 percent from the current 65 percent.

Deripaska also agreed to resign from En+’s board, which will have a majority of new independent directors.

The United States said on Monday it would consider lifting sanctions on Rusal if Deripaska ceded control of the company.

It was not immediately clear if the steps announced by En+ on Friday and those the sources said were planned by Rusal would be enough for the US sanctions to be lifted.

En+ also said that it had asked the United States to extend the May 7 deadline it has given banks to divest or transfer debt, equity, or other holdings in the company.

Without the extension, En+’s ability to maintain its listing on the London Stock Exchange will be affected, it said.

The US Treasury did not immediately respond to a request for comment.

By adding Deripaska’s businesses to its Specially Designated Nationals blacklist – the first time Washington had done so with a publicly listed Russian firm - the United States effectively choked off their access to the international financial system.

Rusal, the largest part of Deripaska’s empire and the world’s biggest aluminum producer outside China, has seen customers stop buying its aluminum and creditors scramble to offload debt.

Hong Kong-listed Rusal lost almost 60 percent of its share value after the imposition of sanctions, while aluminum and alumina prices soared, hitting businesses around the world, including in the United States.

Earlier this week, the United States moved to ease some of the measures against Rusal, saying it did not want to hit “the hardworking people who depend on Rusal”.

The changes in the board of directors and management team are being discussed with other shareholders, another source familiar with the situation said. Rusal’s other shareholder, Viktor Vekselberg, was also put on the sanctions list.

However, if this option does not work out, Rusal will be forced to focus exclusively on the domestic market and sell part of its production to a state stockpile, the source said.

“Up to 2 million tonnes will be processed internally and meet the needs of the military-industrial complex,” the source said.

“In this case, Rusal would leave the global market, and of course no one wants this to happen,” the source added.

In a sign of escalating supply crisis, sources told Reuters multiple shipments of alumina were being exported from China in a rare move prompted by sanctions on Rusal.

China is the biggest global producer and consumer of alumina, a compound extracted from bauxite ore that is smelted into aluminum metal.

The sanctions against Rusal have up-ended the supply chain as companies cut contracts to use Rusal metal, leaving producers of cans or auto parts scrambling for supplies in a development that will likely feed into higher costs for buyers of goods ranging from tractors to beer.

According to the first source close to Rusal, the company is not shipping aluminum to customers around the world who are now awaiting guidance from US authorities.

“Rusal needs clarity from OFAC before it can resume those shipments,” the source said, referring to the Office of Foreign Assets Control of the US Treasury, which enforces economic and trade sanctions based on US foreign policy and national security goals.

Aluminum prices in London CMAL3 fell on the news of the potential board reshuffle but then recovered on fears exports could remain disrupted.