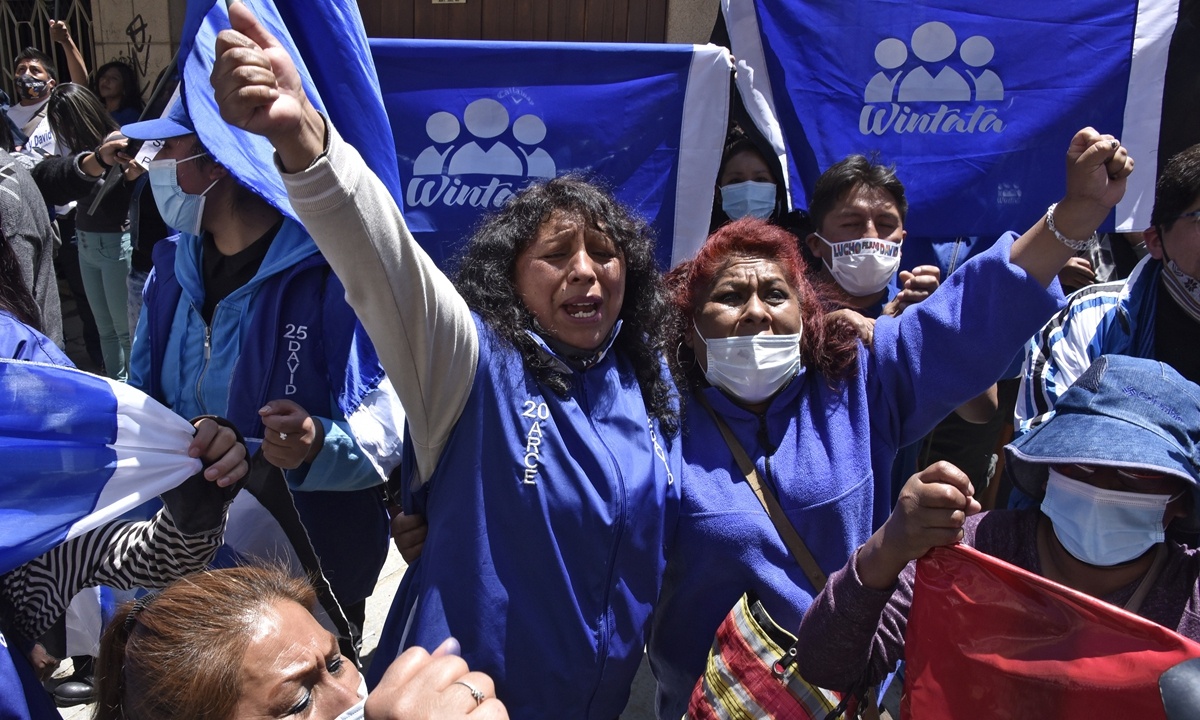 Supporters of Bolivia's leftist presidential candidate Luis Arce celebrate outside the headquarters of the Movement for Socialism party, after he won the country's general election in La Paz, Bolivia on Tuesday.(Photo: agencies)

"It is up to us, as befits those of us who believe in democracy... to recognize that there has been a winner in this election," said Mesa, a former president.

Exit polls handed over 52 percent of the vote to Arce, with Mesa mustering just 31.5 percent - upending predictions he would force a second round runoff in November.

Arce, 57, said his victory was a "return to democracy" for the divided South American country.

"We have recovered democracy and we will regain stability and social peace," he said.

Much attention now focuses on Morales.

"Sooner or later we are going to return to Bolivia, that is not in debate," Morales told a press conference in Buenos Aires.

"My great desire is to return to Bolivia and enter my region. It is a matter of time," said Morales.

Morales resigned on November 10 after losing the support of the armed forces in the midst of the crisis that left 36 dead and hundreds wounded.

Thwarted in his attempt to secure a fourth term, he initially fled to Mexico, but has since settled in neighboring Argentina after leftist Alberto Fernandez's election victory there.