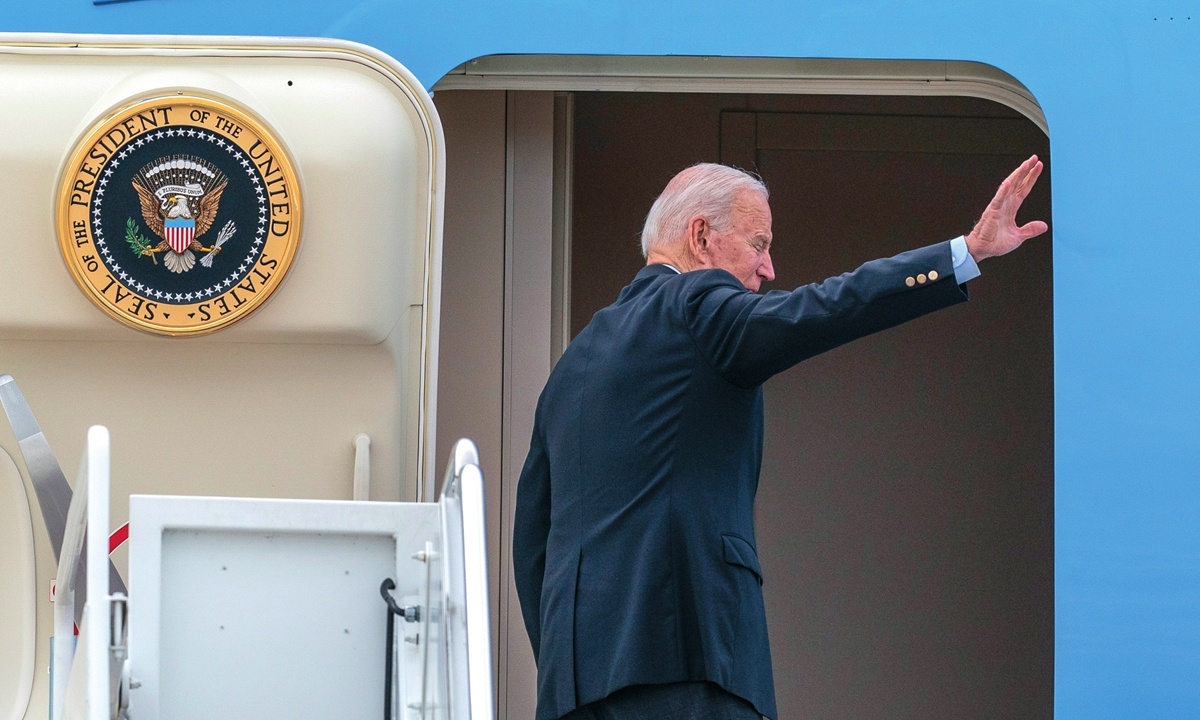 US President Joe Biden said Wednesday it had been impossible to leave Afghanistan without chaos, as the US pleaded with the victorious Taliban to allow safe passage for people to flee.

Amid desperate scenes at the Kabul airport where American forces are racing against the clock to evacuate tens of thousands of people, Biden stood by his decision to end the 20-year US war in Afghanistan.

"The idea that somehow there's a way to have gotten out without chaos ensuing, I don't know how that happens," Biden said in an ABC News television interview.

The Biden administration had long promised an "orderly drawdown" of America's longest war, with the president saying US forces no longer have any national interest in fighting in a protracted conflict.

Biden, in the ABC interview, said that he hoped the thousands of US troops sent back to Afghanistan for the evacuations would be out by August 31, the deadline he set to end the long-time war.

But for the first time, he said they could stay longer, adding: "If there's American citizens left, we're going to stay to get them all out."

The president, who has acknowledged that he was stunned by the swift collapse of the US-backed Afghan government, ordered the takeover of the Kabul airport to run evacuations.

He said the Taliban were cooperating on letting Americans get out but added: "We're having some more difficulty having those who helped us when we were in there."

Deputy Secretary of State Wendy Sherman voiced alarm at accounts of harassment and checkpoints for Afghan nationals, despite the Taliban's promises not to carry out reprisals.

"We have seen reports that the Taliban, contrary to their public statements and their commitments to our government, are blocking Afghans who wish to leave the country from reaching the airport," Sherman told reporters.

US diplomats and military officials "are engaging directly with the Taliban to make clear that we expect them to allow all American citizens, all third-country nationals and all Afghans who wish to leave to do so safely and without harassment," she said.

Aircraft have been packed cheek to jowl with Afghans fearing for their lives, with deaths reported after people crawled onto jets and fell upon takeoff.